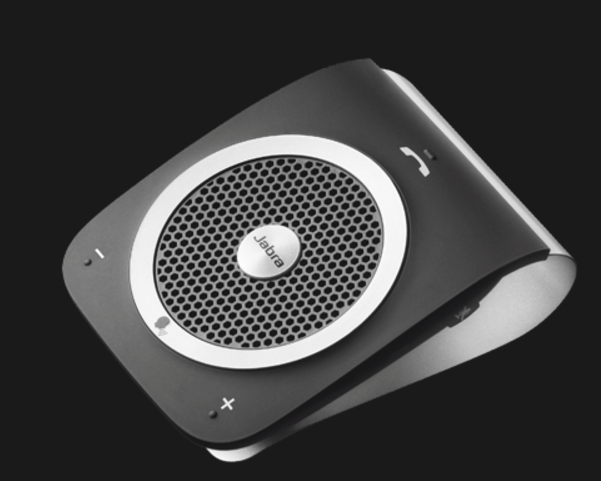 If there is one thing that Jabra is well known for it is their range of speakerphones for hands-free calling. Most new cars these days have Bluetooth calling built-in but if you drive an older vehicle you would greatly benefit from the ability to legally make calls and received them while driving.

I have a 2010 Ford Territory which has Bluetooth 1.0 which allows me to make calls but not play music through Bluetooth but I much prefer to use the Jabra TOUR which will do both.

Here is a quick review.

The TOUR is an elegant and small speakerphone that you clip onto your visor. It’s about half the size of its bigger brother, the Freeway which we reviewed earlier. It’s got all the basic functions for hands-free calling including a mute button which you probably will seldom use, volume buttons plus a physical button for answering, ending or re-dialling and a button for voice commands.

This last one will allow you to use Siri or android voice commands but there is also a set of built-in voice commands through which you can ask things like battery life and it will also take it through the pairing process. Pairing is very simple and up to 2 phones can be connected at the same time. The 3 Watt speaker is ample power for clearly hearing the calling party but for playing music with any fidelity it is not as good as the bigger Freeway which has multiple speakers and which can also route your music via an FM transmitter to the speaker system of your car.
I listen to a lot of audiobooks and for that purpose the sound quality is perfectly fine. 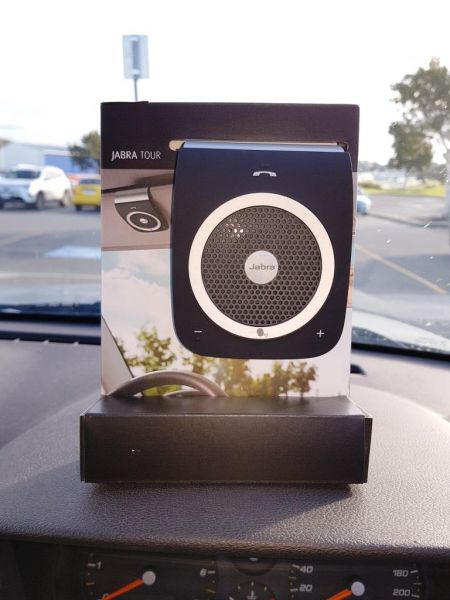 Hallmark of all these Jabra in-car speakerphones is that they will switch on or off automatically when you enter your vehicle through a built-in motion sensor. That can be quite handy as long as you don’t hang around your car after you have exited the vehicle. The reason is that if you’re still within Bluetooth range when a call comes in you may not hear it because it is still connected to the speakerphone! It has happened to me quite a few times and I now have the habit of switching it on and off manually. 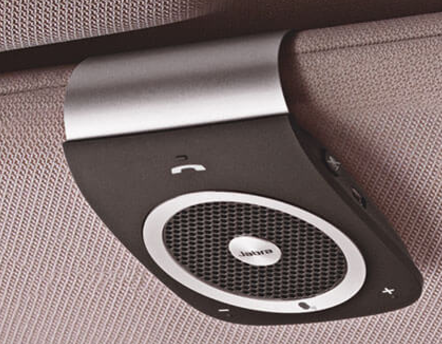 All in all the Jabra TOUR is a well-built, well-featured and a well-priced piece of kit at 130 bucks. In the retail packaging you will also find a car charger and USB cable and when charged you will have up to 20 hours of talk time or, with little use, you may be able to stretch the standby time to 2 months.

If you want to spend an extra 40 bucks you can spring for the Freeway which has more features and better sound quality. That unit is more than five years old now and I’m keen to see what Jabra is coming up with next for their top-of-the-line unit.

We will be one of the first sites to review it.