Tuning in: Jaybird RUN Wireless Earbuds – Only for Athletes? 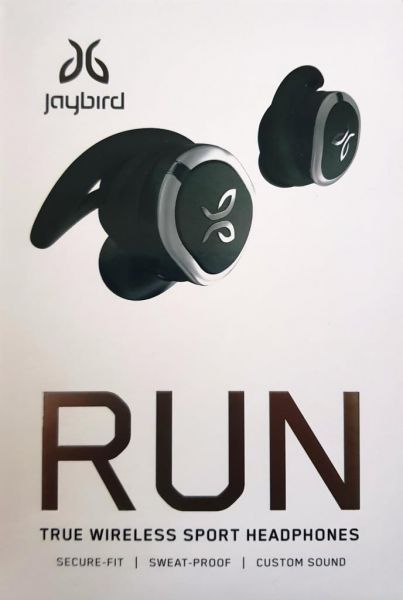 A couple of weeks ago I had an interview with Jeff Taylor, Brand Ambassador and Athlete Manager of Jaybird.

They had just released the wireless RUN earbuds for the athletic minded.

Would I mind having a look and listen?

Knowing Jaybird has a name for producing good quality headphones I was intrigued what nearly $250 AUD would buy in terms of music quality, ease of use and how it would stand up in vigorous activity.
On that last point: I’m not a total fan of earbuds that are not connected to one another. So how did the Jaybird Run score on all these points? 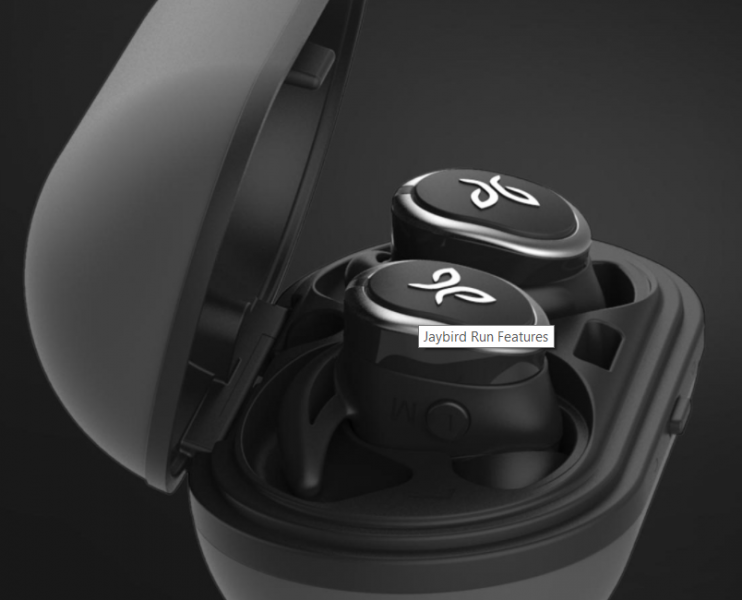 It seems that every self-respecting audio company is into wireless earbuds these days. There is probably a good reason for that as some top end smart phones have dropped the earphone jack, thus leaving Bluetooth as the only connection for streaming music and taking calls with your headset.

There are some engineering problems when you go for wireless earbuds. Probably the main obstacle is where to hide the batteries. There is nowhere to go but to make them a part of the actual earbud. This means that for a reasonably battery endurance the buds are fairly large. And with the RUN earbuds there is nothing inconspicuous about them.

At the same time though if you did make it much smaller it would be a lot more fiddly to fit them in your ears.

I think Jaybird struck a good balance with a four hour battery which means that technically, you could run two marathons in that time!

So for most of our athletic endeavours the four hours would be ample and if you want to go a little bit longer after a short break you can always put them back in the charger case where they will be juiced up automatically. 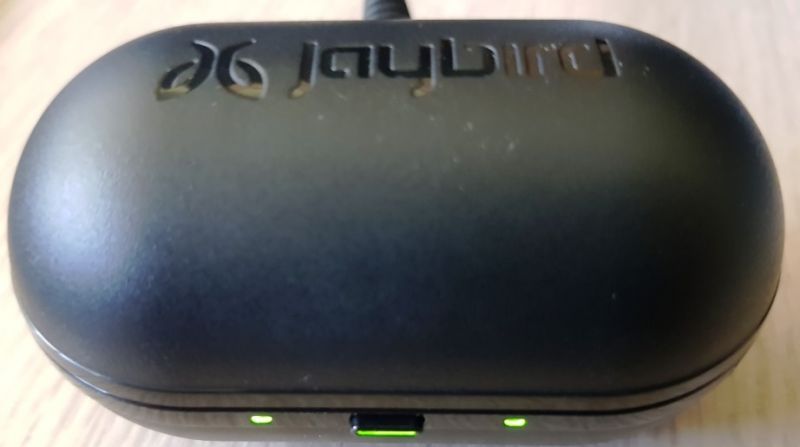 That is actually a brilliant concept: they are always charged up when you carry them in this small case. Even a five minute charge will give you about an hour of playback time. And if you don’t care about stereo sound while you’re running and want to keep an ear out for traffic, you can just wear one bud in either ear. Both buds have the full functionality to make calls, summon a personal assistant like Siri and do the usual play music, pause or skip tracks. 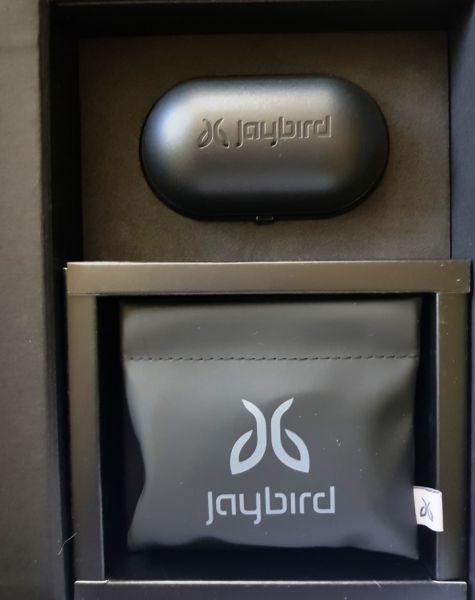 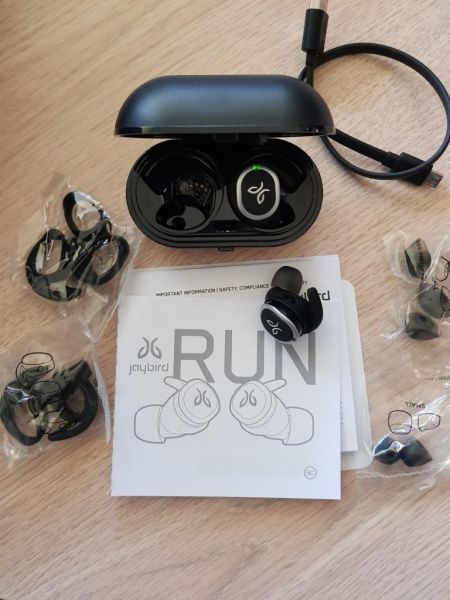 Truth be told, I’m not a very athletic person, so I did not test these Jaybirds for their sweat resistance or their ability to stay put while rock climbing. I’d be just very happy if they stay in place while going about my daily activities as sticking things in my ears is always a little bit precarious. Probably a hangover from my toddler years….

It’s all good and well for Jaybird to market these RUN earbuds to sportspeople because these folks naturally would want nothing but the best. But there’s also a much larger market segment of all the people that are enamoured by Apple’s AirPods but want something other than white.

On the Jaybird website it also mentions that one of the main reasons athletes want to have music during their training is that it helps them with extra energy and motivation. It also helps to push through pain barriers and interestingly, we seem to require 10% less oxygen while listening to music. It probably doesn’t work for all types of music though…

Just about all the bluetooth headsets come with an app these days. Heck, even my coffee machine does!

So here are some shots of the Jaybird app which has some very easy ways to set your preferred listening profile.

It comes out of the box, preset to the Flat EQ which doesn’t pump the bass section enough to my liking. You can either select an equalizer setting that someone else has created or quickly make your own by dragging the circles on the graph. It’s a lot easier than setting the sliders on traditional EQ apps. 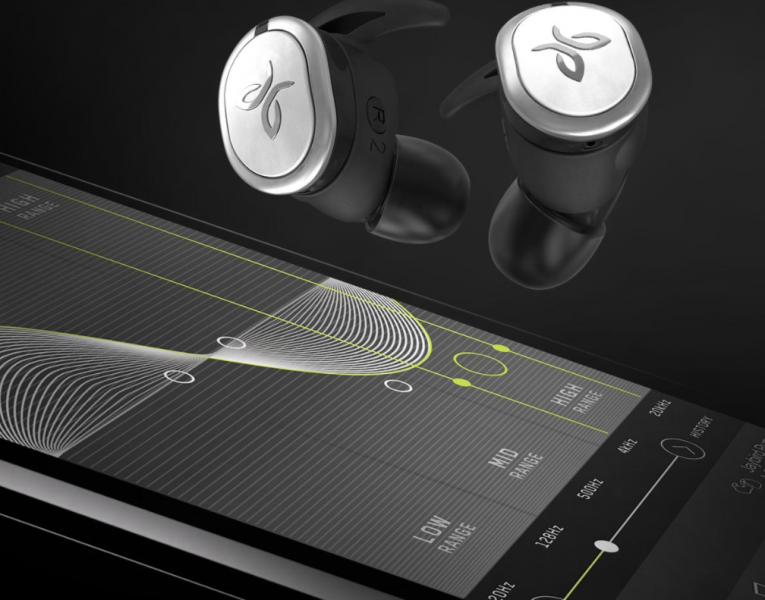 We love the great sound quality for most music even though my personal preference is for the stronger basses that can be produced by over-the-ears headsets like the Jabra Move (see my next review).

Athletes will find these types of in-ear buds just perfect for most of their endeavours. If you’re a swimmer you need to find another solution but rain and sweat do not bother the RUN buds.

Jaybird provides you with 4 different silicon tips and wings to let you customise the fit for your ears.

Battery life is more than adequate with great recharging capabilities in the carry case.

Price point seems to be par for the course at an official 249AUD.

If you’re not an athlete, you’d still be very happy with the Jaybird RUN as it’s great to use for any type of audio including making and taking calls.

All in all it’s amazing what functionality they can fit in a device that doesn’t even weigh 7 grams!