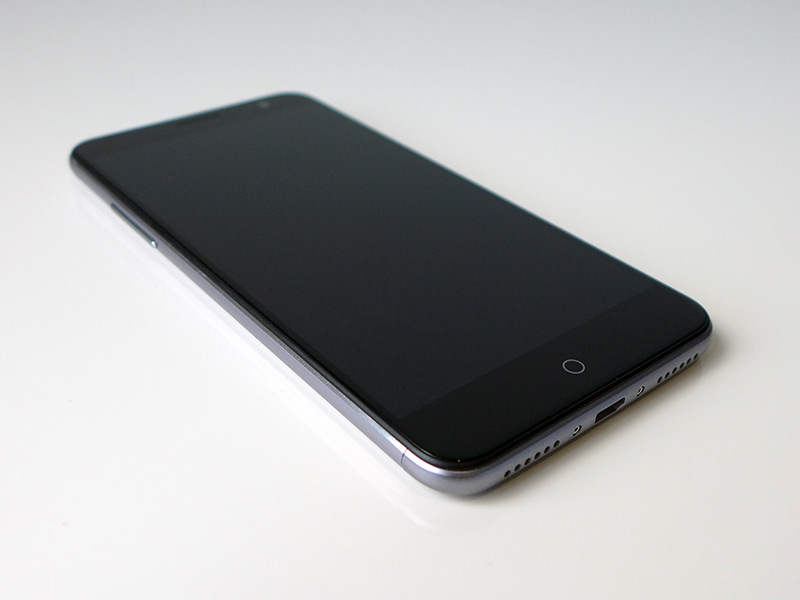 While Apple and Samsung battle at the top of the segment, more affordable mobile phones are gaining traction with users.

The Blade V7 Plus is ZTE’s entry into the affordable market and it’s a beauty.

Read on for our hand-on review.

Before we begin, let me lay my cards plainly on the table: Since the iPhone 3GS was released in Australia in 2008, I have not owned a mobile phone without an Apple logo on it. I am, in no uncertain terms, an iPhone person. I currently own a Jailbroken iPhone SE and love it. 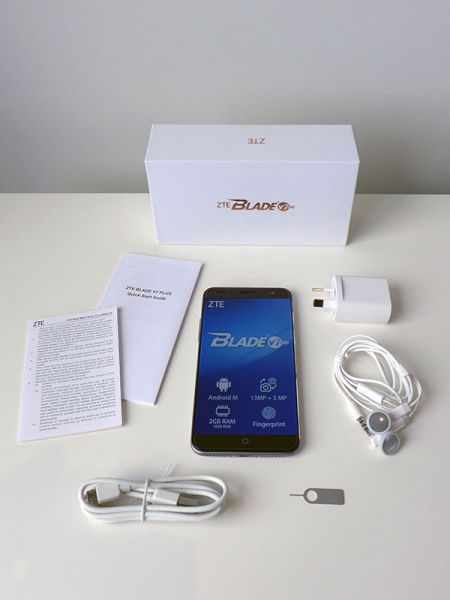 Despite that disclaimer, my very first impression of the ZTE Blade V7 Plus was in a word, shocking: I had seen the Blade V7 Plus advertised for $299AUD and at first glance I thought, this is anything but a sub $300 phone!

The Blade V7 Plus is slender and smooth to the touch, with an all metal metallic silver casing and a clean bevelled glass front face. Running my fingers along the Blade V7 Plus’s various edges revealed perfectly tight seams and ever so slight curves and bevels.

The front face is relatively conventional with an all glass front, with a large rectangular screen measuring 65 x 115mm (132mm diagonal) located centrally. A circular capacitative touch home button is located underneath the screen along with two otherwise invisible light up capacitative touch buttons to each side. Above the screen is a 13 x 1mm speaker grill cutout, along with a 5MP camera located just to its right. The whole front face glass is beveled down to meet the silver metal sides adding to its impressive feel. 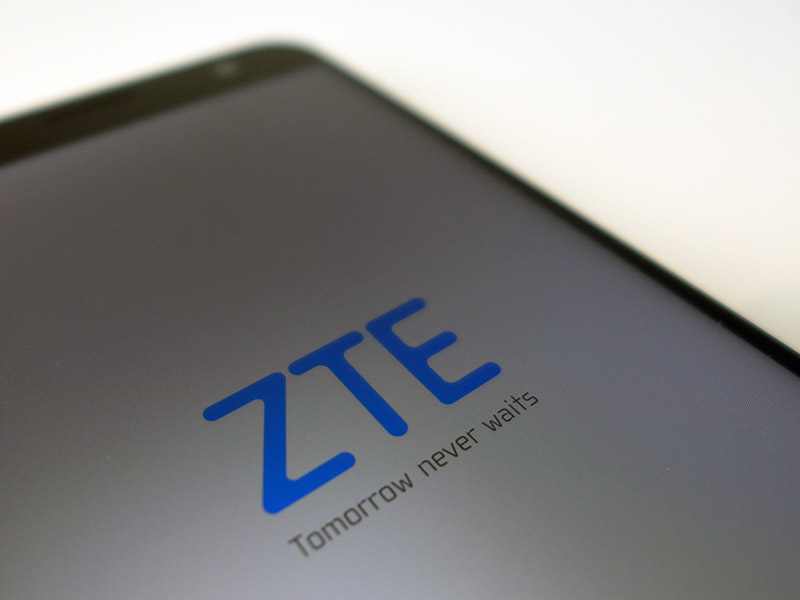 The sides of the Blade V7 Plus were pleasantly svelte also. The top side features a small microphone laser cut and to its left is a 3.5mm headphone port. The SIM card/Micro SD card tray is located on the right hand side, along with an elegantly textured metal power button.

The bottom side is symmetrical, featuring a centrally located Micro USB charging port accompanied by two small screws and six laser cut speaker holes on each side. The right hand side is bare other than a rocking volume button.

The slightly convex back of the Blade V7 Plus is 7.5mm at its thickest point and predominantly made from the same metallic silver as the sides. Not only does the Blade V7 Plus feel wonderful in hand but it’s shimmery metallic quality also looks the goods! 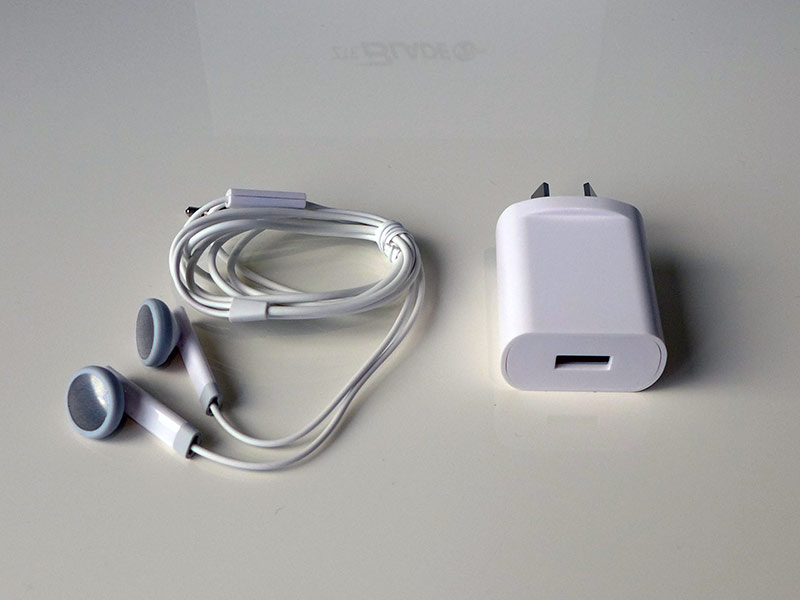 The top and bottom of the back plate are made of a silver plastic to allow for the radios to operate and while not an exact texture and colour match, they are close enough to look like they belong.

Beyond a centrally located ZTE logo and a small “Designed by MunichDesignCenter” marking on the bottom, the back of the Blade V7 Plus features a centrally located 13MP camera. Beneath which is a LED flash and a back plate matching circular finger print reader.

Along with the phone itself, ZTE bundles a set of rudimentary headphones, a small USB charger (and charging cable) and a SIM card removal tool. Beyond this, a Quick Start guide is included along with the ubiquitous warranty card.

I looked over the Blade V7 Plus looking for build issues and other than an ever so slightly loose volume button, I was hard pressed to find anything to complain about. 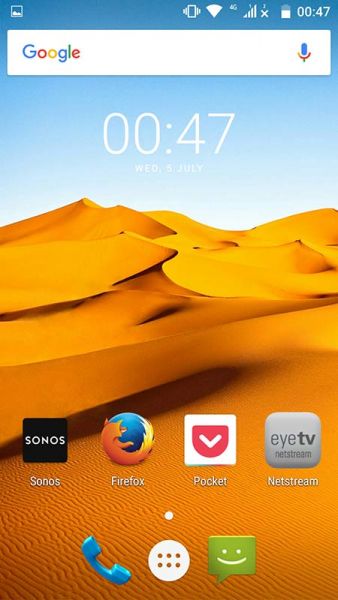 Despite the positive first impression, I reluctantly removed the SIM card from my trusty iPhone SE and for the next month or so elevated the ZTE Blade V7 Plus as my solitary mobile phone.

Mobile phone? Of course, like the iPhone SE it was replacing, the Blade V7 Plus was not just a mobile phone: We call them smartphones but the reality is that it is a small computer in your pocket which due to a historical quirk, just so happens to be able to make phone calls.

The Blade 7 Plus OS is Android Marshmallow 6 and as a first time Android user, I found it quite user friendly. The user interface was snappy and swiping between app pages felt smooth.

Apps opened relatively quickly and operated as expected. I tried a few games which all played fine and the included apps all worked well. On the whole, the octacore processor powering the Blade V7 Plus did a good job of keeping things moving along nicely. 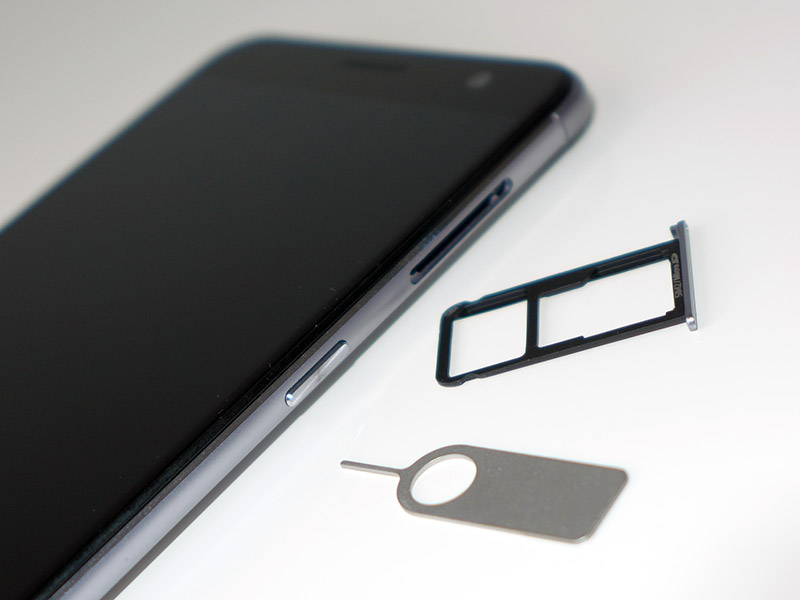 Having been used to Apple’s iOS, it was a new and interesting experience traipsing through the assortment of apps ZTE included with the Blade V7 Plus. A Google search bar along the top of the main app screen looked quite neat and the status bar logos presented information clearly. Tapping the central app button revealed just over 30 preinstalled apps including Chrome, Facebook and Gmail. While the included apps would certainly get you by in the short term, like the iPhone’s App Store, The Google Play Store has you covered with thousands of (free and paid) apps available for download.

Storage wise, the Blade V7 Plus has 16GB on board but can be expanded via its MicroSD card slot up to 32GB. This slot doubles as a second SIM card slot, should you have a need for such a feature.

While our first Blade V7 Plus sample had a fault with its cellular connectivity and suffered numerous unexpected dropouts, the replacement unit ZTE supplied worked flawlessly. In fact, in extended use I found the mobile signal to be at least on par with the iPhone SE. Speech was clear and crisp and when asked, callers suggested this clarity was evident on their end also. 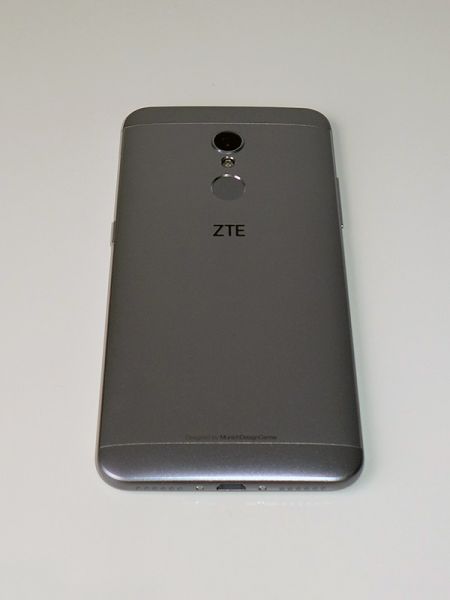 The Blade V7 Plus has both 3G and 4G LTE connectivity which we found to be quite good. Using the Blade V7 Plus in my regular geographical locales resulted in solid performance which was on par with my iPhone SE experiences. Wifi was also good with a good showing on both public and private networks. Similarly, bluetooth connectivity worked perfectly and we had no dropouts when connecting to speakers and various Bluetooth headphones.

Both the 13MP rear facing camera and front facing 5MP camera operated quite well considering the price point but they weren’t anything particularly special. The camera app was easy to use and while relatively basic, got the job done with filters and HDR photography at the tap of a button. Here is a few samples from the rear camera. 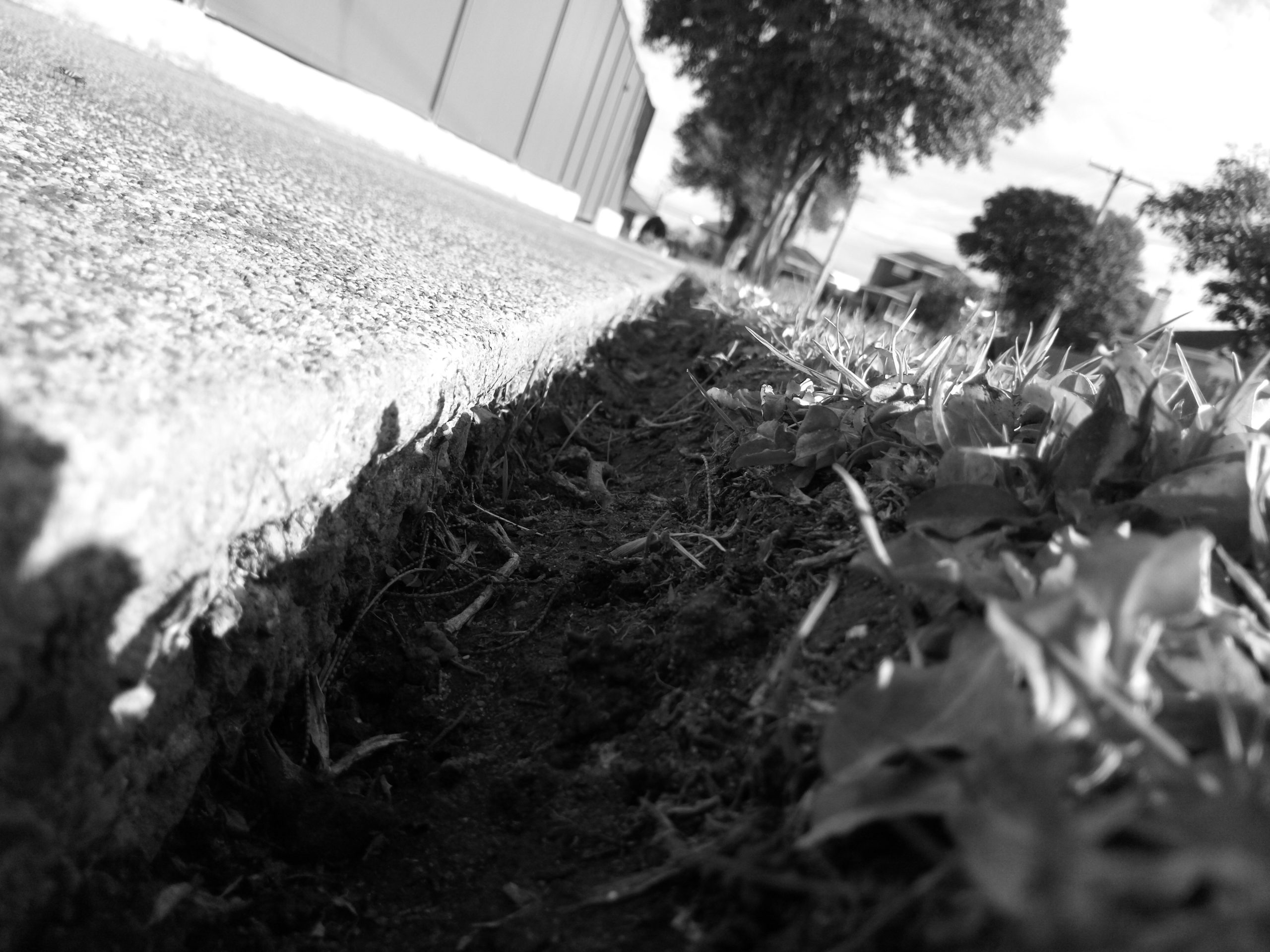 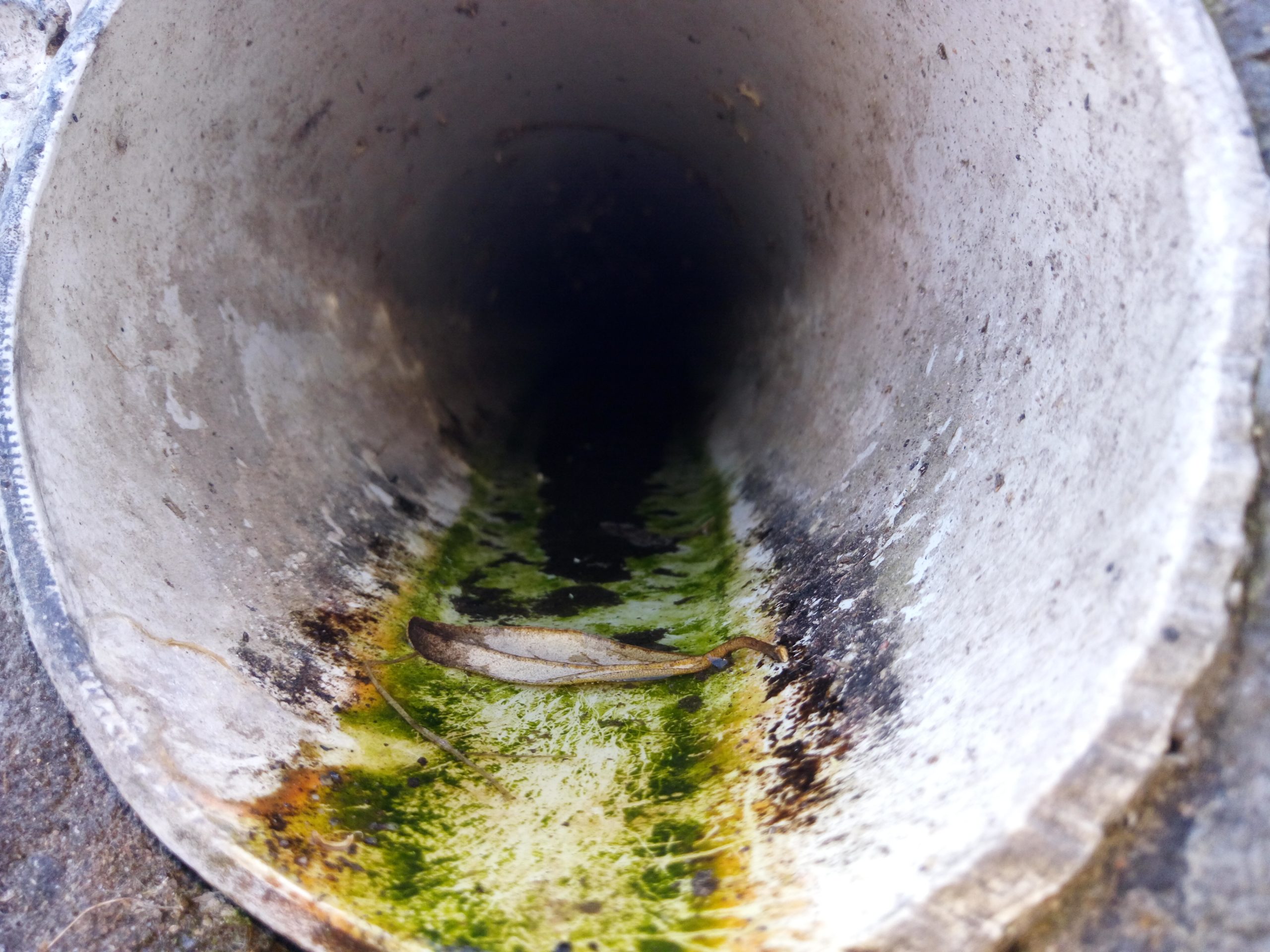 I found the fingerprint scanner to work very well with relatively fast and accurate finger print reads. Actually, considering this is a budget phone I was expecting a far less capable scanner but was pleasantly surprised. I even grew quite accustomed to scanning my index finger behind my phone which at the start of the review I thought I never would! 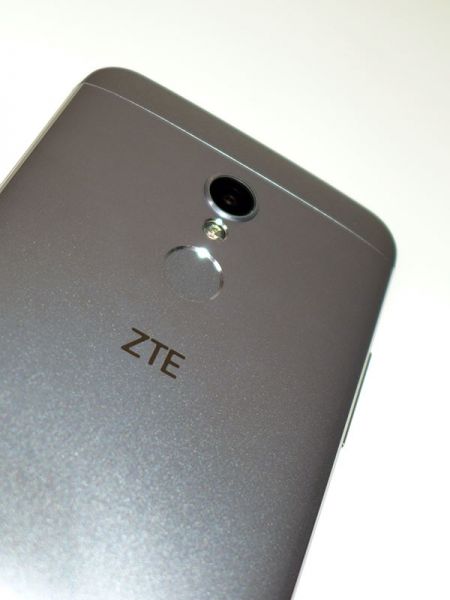 The IPS display on the Blade 7 also impressed in every day use and was suitably bright in most conditions other than direct sunlight. Interestingly, ZTE includes a setting called “Miravision” which allows users to tune display settings to ones liking. With the right settings, this really made the Blade V7 Plus screen “pop” and produced bright and vivid images. Despite this, the screen did disagree with my polarised Oakley sunglasses which made the screen very hard to see.

The battery life was probably the only really critical differential I found between my iPhone SE and the Blade V7 Plus. I could only get a days charge out of the ZTE by being very economical in my usage and with constant gaming or heavy browsing with bluetooth music playing I managed just over three hours on a full charge. 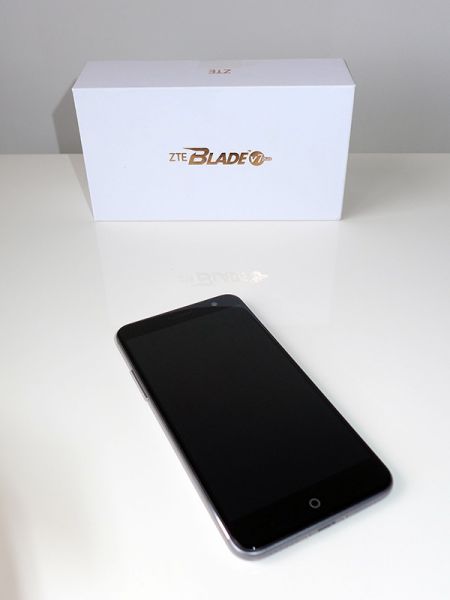 I wish I could’ve said the same for my first car.