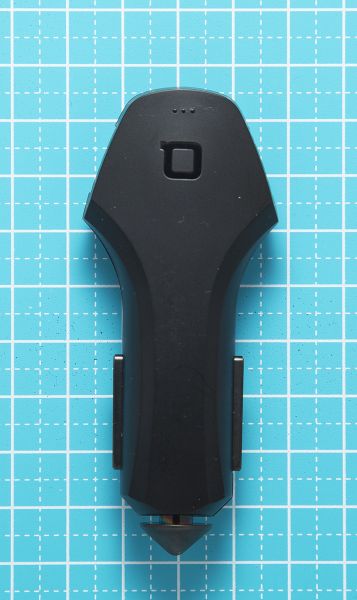 The Nonda ZUS was an Indiegogo crowdfunding success, raising 2523% of the original campaign goal.

Just how truly smart is this little device compared to its claims?

First Impressions
On receiving the ZUS, it vaguely reminds me of a SR-71 Blackbird with the jet black finish and elongated shape and flaring out to two angled USB ports. While it is never going to claim to be the smallest car USB charger, the unit weighs in at only 20 grams.

To be fair, before I received the unit I expected it to extend a bit more from the car socket. When I finally got my hands on it and plugged it in, it was not as intrusive as I feared.

The top of the unit has 3 tiny LED to indicate the status of the ZUS. Each USB port has a an “ElegantShine Lighting System” for increased visibility in dark environments. Essentially the USB ports have lights to tell you where they are. 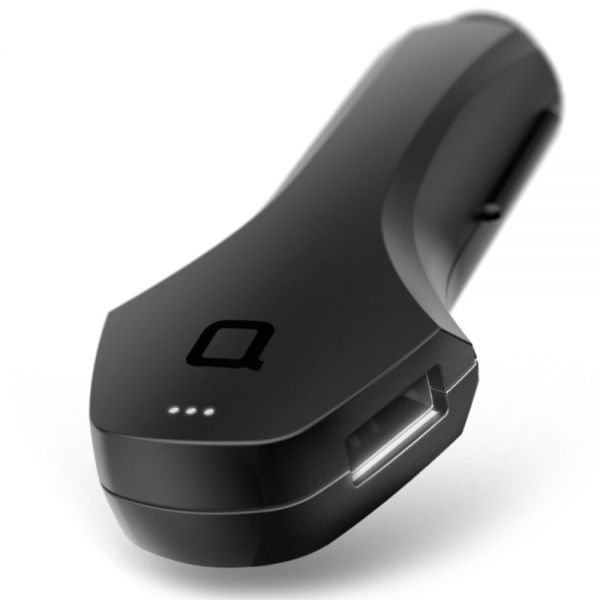 In Use
First order of the day was to download the ZUS app from your respective app store (Google Play Store in my case). The app guides you through the process of connecting to your ZUS unit, starting with an account registration (or via Facebook login). Not being a fan of linking my social media accounts to everything I opt for the email account registration option with was quick and painless.

The remaining steps was to turn on the Bluetooth on your phone, plug in the ZUS and start your engine. For me the process took next to no time and I was up and running.

The ZUS app runs in the background constantly to detect when your car is parked. Once it has determined that the car is parked, the notification pops up to remind you to set a time limit for the parking spot. In the event where the ZUS has detected that you have parked but is unable to locate the car’s position, it prompts you to “take a photo of your whereabouts”. Pro-tip: That means taking a photo of the nearest marker to where your car is, believe me when I have seen people take a photo of their car and wonder where they parked it.

The ZUS app alerts you 10 minutes before your parking limit expires, based on the period that you entered at the start. A second alert goes off when the period actually expires. It is a particularly handy feature especially for me when I need to park in lots of different areas with varying time limit. It is a set and forget process and the reminder works well. The 10 minute alert is a fixed time period, there is no option to change that.

One of the key features of the ZUS is the claim to charge devices twice as fast as normal car chargers and at a cooler temperature. In my tests it has managed to provide about 25% charge to my Nexus 6p over a half hour drive and the unit remained cool enough to touch at the end.

Incidentally, the “ElegantShine Lighting System” was a bit wasted for me as my cigarette lighter is buried inside the center console storage area, although it certainly helps when I need to plug the USB cable in.

Workings and Limitations
It is important to understand how the ZUS works to understand the limitations of the technology. Some of this is conjecture, but the manufacturer has clearly stated on their FAQ that the devices uses the phone GPS to determine the location of the car and the paired phone.

GPS is largely a horizontal distance tool, hence 2 dimensional not 3D. It is not uncommon for vertical measurements from a GPS fix can vary by +/1 100m or more, the curvature of the earth blocks the required satellite fix to provide good vertical measurements. Additionally GPS signal is line of sight.

Keeping this in mind, do not expect the ZUS to get a position fix in an undercover car park. Secondly, even if you get a fix in such a location (by chance if you happen to park close enough to the edge to get a GPS fix), the ZUS is not capable of telling you which level of that multi level car park you are on. ‘Ems the breaks.

Another limitation of the ZUS device is how it detects when a car is parked. From what I can determine is it via duration of stationary time. It so happens that I checked my phone at a red light (my bad) and I had a little notification telling me to set the parking timing. Obviously a little common sense on the user part is required.

Gripes
Given that the ZUS app uses my phone GPS entirely to determine the location of my car and my current location, it baffles me as to how inaccurate the distance to car measurement can be. Afterall when I use Google Maps for navigation, it does not show me bouncing all over Melbourne as I drive. With the ZUS app though, I can have my phone sitting on a desk and watch the distance to my car change from 230m to 95m to 120m in the space of a few minutes without anything being touched or moved. The directional pointer can be wildly inaccurate at times, occasionally it has told me to go directly away from my car when I knew perfectly well where it is parked and can pretty much see it.

I would also like learn where home is for me, or tap into where my Google account knows where home is and stop asking me to set a parking limit.

I am not sure if it is because I live “Down Under”, or it was over the silly season, but it took almost 5 weeks for my ZUS to turn up and a week later than another unit order at the same time to be delivered a few suburbs away. The parcel tracking link in the email also never worked once in that period. It got to the point where I seriously considered that the unit to be lost in transit or not shipped at all.

Conclusions
As a car charger the Nonda ZUS certainly delivers the goods, being capable of charging phones and tablets. As a parking location aid it leaves a bit to be desired, even taking into the limitations of GPS technology into account. On the bright side having a built in reminder to move my car is a very handy feature to have.

At USD$33.99 for a single charger (price per unit is cheaper in 2 or 5 packs), the ZUS is a pricey car charger that looks great and works great. The additional feature of being a car locater needs some work which hopefully can be delivered by firmware or app updates sooner than later. When it comes to finding a needle in a haystack, unreliable directions is as good as not having any.

DigitalReviews would like to thank Nonda for providing the review unit.