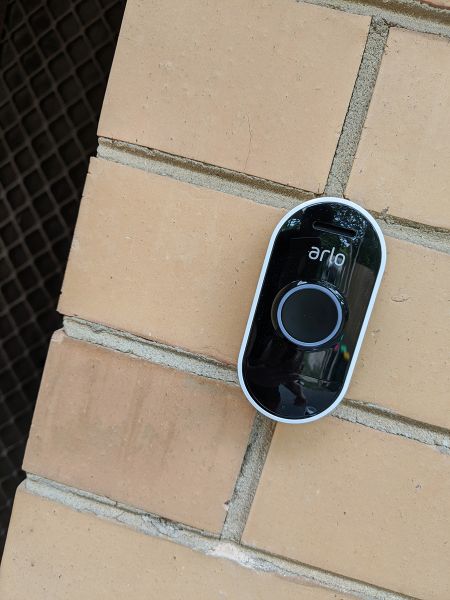 I have been using an Arlo Pro 2 system for a while, ever since someone broke into my car at home a few years back. The wireless and portable nature of the Arlo Pro 2 made it perfect for a rental property. Now that I am in the process of moving to a permanent abode, Arlo have kindly supplied a Arlo Audio Doorbell to test.

The Arlo Audio Doorbell is a small unit. Just like the Arlo Pro 2s that I have, the body of the unit is white, with a black fascia. In the center a single button dominates the front, and a white LED light ring around the button.

The retail box comes with almost everything you need to get it up and running quickly: the doorbell itself, a pair of AA batteries, mount screws and a screwdriver. The only missing part is a drill bit if you need to punch a few new holes in. I needed a masonry drill bit as I was going to mount mine on a brick wall.

The Arlo Audio Doorbell is entirely wireless and relies on two AA batteries. 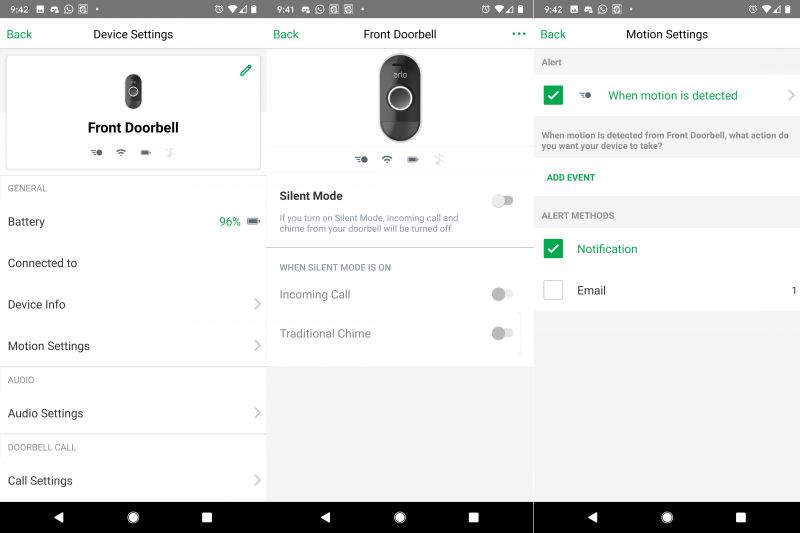 In Use
Getting the Arlo Audio Doorbell up and running was a simple process. I added the device in the Arlo app to my existing base station and it was ready to go within minutes. The hardest part for me was drilling into the brick work, as the bricks at my new digs tend to shatter unless extreme TLC is given.

The battery cover detaches and is fix mounted to the wall. The unit is then popped on and a locking screw is tightened on the under side.

One of the core features of the Arlo Audio Doorbell is motion sensing. This can trigger a notification to your phone, additionally it causes the LED ring to pulse, inviting visitors to press on it. Once pressed, the system will ring your phone where you can treat it as a phone call, either accept or decline it. If the doorbell is shared with multiple people, then all the phones will ring. Whoever answers it first will result in a notification to the other phone(s) that it has been answered.

When working, the Arlo Audio Doorbell will have a brief musical trill to indicate something has happened. It does take a few seconds before the phone(s) will ring.

The unit has a microphone and a speaker, and in my testing during this social distancing / isolation period, it is more than sufficient in clarity and volume for where I live.

Other Features
The Arlo Audio Doorbell has connection points to allow wiring in of an existing doorbell chime. The idea is to run the existing wires into the terminal points on the back of the battery cover. There is a switch on the main doorbell unit to toggle and it is a trial and error which position it needs to be in for it to work. I didn’t opt to link in my existing mechanical doorbell as I have located the Arlo doorbell at a different location to the existing unit.

An optional Arlo Chime is available if you are looking for a more traditional chime but do not have an existing one to hook into.

Within the Arlo app, you can set which camera is associated when the doorbell is pressed. It leans into an existing Arlo system where there are cameras are already. On the downside, the camera angle would most likely be looking down in this scenario, rather than level to the person pressing the doorbell. The video feed kicks in when the doorbell call is answered.

Gripes
There is a few seconds delay from when the doorbell is pressed, to when the phone begins to ring. Over here that means there is more than enough time for the courier or postie to do a runner. With the current social distancing requirements in place due to COVID-19, it is less of an issue than in “normal” times.

Conclusions
I am a father of three and I am sure many parents can share my pain – someone always rings the doorbell at the most inopportune moments. The Arlo Audio Doorbell is a simple and handy addition to the Arlo family I already have in place, allows me to easily mute or disarm it when I really need my baby to have her nap.

It is available from most retailers such as JB Hi-Fi, Harvey Norman and The Good Guys for example for around $129. Shop around though for a bargain.