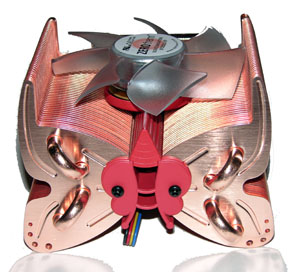 When evaluating a CPU cooler, there are several things to look into.  In order of importance, the obvious factor is how well the product actually cools the CPU.  And then the next question to ask is how simple is it to install.  And then it would also be nice if the cooling solution looked good at the same time.  The ZeroTherm BTF90 is a product that provides an elegant-looking cooling solution that aims to nail down all of these key areas and excel in them at the same time.

Today, we will be looking at the ZeroTherm BTF90 CPU cooler.  This product is actually from a company called APACK which specializes in providing heatpipe technology thermal solutions.  They have been in the OEM (Original Equipment Manufacturer) market for quite a while now having provided solutions for large companies such as Samsung, Dell, and LG.  Zerotherm is the name of the company now that it has decided to enter the retail market to cater to consumer needs. 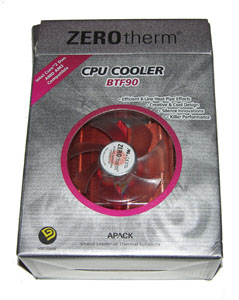 A Closer Look at the BTF90

When looking at this cooler, you will instantly get the feeling that this is no ordinary CPU cooler.  At first glance, you will admire the beauty of this cooler.  The butterfly shaped copper fins are evenly spaced out and provides support for the large clear fan in the center of the CPU cooler. 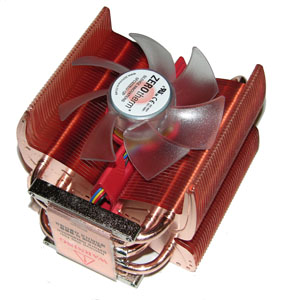 At a glance from the side, you can see up to 8 copper heat pipes weaving in and out through the copper fins. 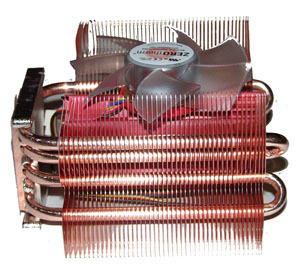 All the heat pipes converge into the base of the CPU cooler, which is where the CPU sits underneath to provide maximum cooling. 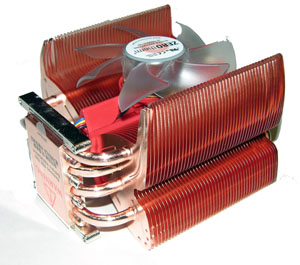 As you can tell, there’s not many words to say about the beauty of this cooler because all you have to do is look at the cooler and you will know.

What makes this cooler unique is that it is compatible with most major platforms.  This list includes Intel socket LGA775, and AMD socket AM2, 939, and 754.  I used the older AMD socket 939 to test this product.  Installation was very easy.  I just had to first remove the stock cooler in my computer.  Then I followed the instructions in the brochure.  I had to screw on one attachment and then place it in my computer.  The attachments includes are labeled so you are not confused which one to choose.  I took the attachment and used the provided four screws to attach it to the bottom of the cooler.  I then took some thermal paste, put it on the CPU and then just put the cooler right on top of the CPU.  It was as simple as that.  On the other hand, if you have an Intel CPU, there may be extra work involved as you might need to remove the motherboard from your computer to attach a brace underneath the motherboard. 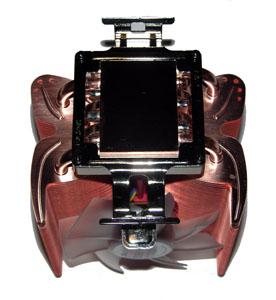 The BTF90 is an excellent heat pipe cooler with which I was able to see immediate results.  The design is beautiful to look at and the performance matches its looks.  The BTF90 is compatible with quite a few platforms making this product versatile.  The installation was also simple providing all the instructions and materials needed to install the cooler and get my computer running back online quickly.

We’ve awarded this product one of our highest ratings: 9 out of 10. 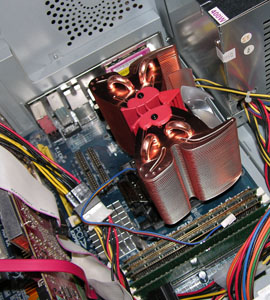