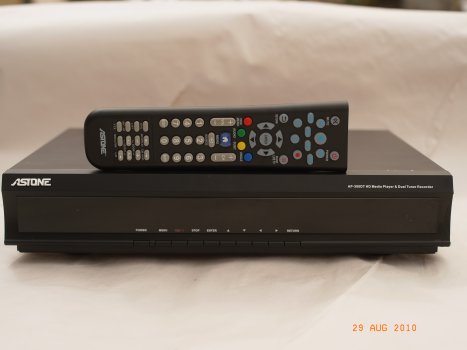 We were so impressed with the former “top of the tree” media player, the Astone AP 360T, that we leapt at the opportunity to review the latest and greatest from www.astone.com.au.  The new flagship Astone Media Gear AP 380DT Media Player with Dual Tuner is the next generation player which we have got the scoop on.  This product is so hot off the assembly line that the manual has not even been put together in written format yet.
If this new model follows in the innovative footsteps of the previous one, then we are expecting to be very impressed as we have just remembered that the old model AP 360T fair kicked up a storm and set new records in the “hits” department.
So let’s put the two models side by side and see what new things Astone have done.

This is what you are likely to get in the box: 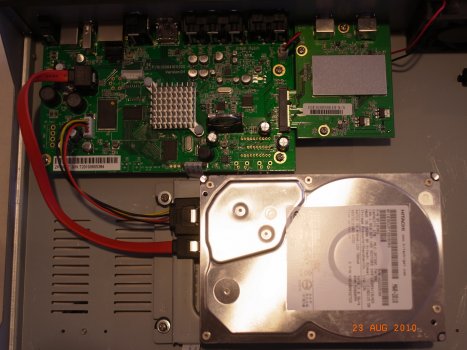 Install and Setup
We did find that the AP 380DT HD did not have the flimsy and delicate hard drive plug in configuration that its predecessor had.  The Hard Drive plug in was easier and less arduous, but we did have difficulty in tightening two screws that hold the hard drive’s base plate to the floor of the unit.  As with most households, we do not possess a special purpose right angle screw driver and therefore we suggest that the manufacturer change these two screws to two allen heads so that they can be tightened easier.

As you can read the AP360T review (although it was not based on the upgraded model) also on this site, we thought it prudent to discuss any additional features and changes when related to the older model which hopefully will give our readers a wider reported picture of the new AP-380DT HD.  Therefore, you can assume when reading this AP-380DT HD review that unless we have said to the contrary, menus and functions are the same as in the AP360T. 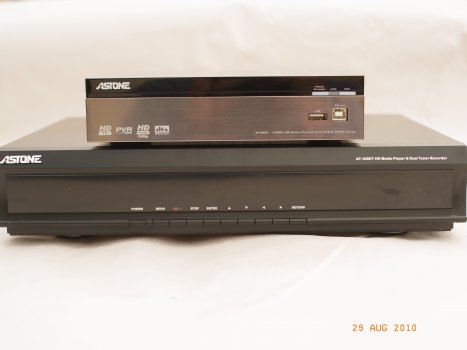 External
The original AP 360T had only two buttons on the front of the case (Power Standby and Record) and so all actions had to be initiated by a small remote that was included with the unit.  There were also LED status indicators for Standby (RED), On (Blue) HDD and Record.

In the new AP 380DT HD, Astone have certainly made some improvements here with operation initiate buttons for Power, Menu, Record, Stop, four arrow keys and Return as well as LED’s showing the status of Standby (Red) ON (Blue).  This would appear to be (at time of writing we are unable to check in a manual) a complete fully operational method of control via the fascia as well as the other operation opportunity mode via the remote.  We like this as so many electronic units now have no method of control other than the remote and so should the remote become unusable, you may as well throw the unit away.

It certainly makes it a bit harder when you don’t have a manual, but what we have done is to put them side by side on two different televisions and went through the menus one by one looking for the variances. 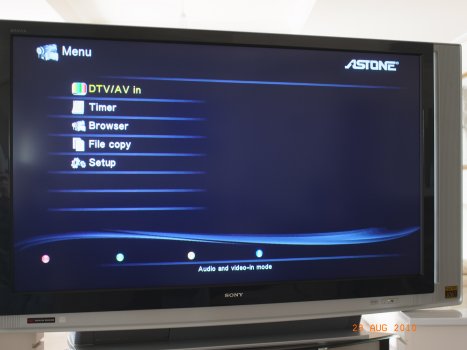 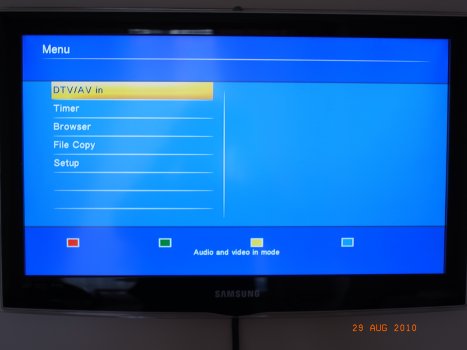 You will note here that they certainly look similar, with there being no change that we could see apart from the red, green, yellow and blue icons at the bottom of the Menu screen being square in the AP 360T and round in the AP-380DT HD. 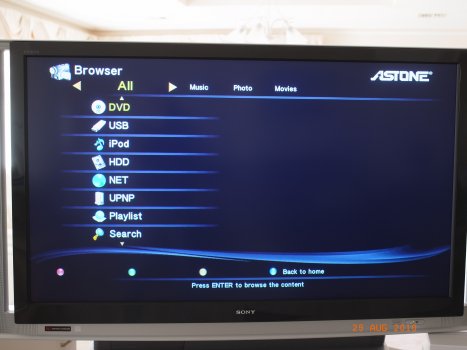 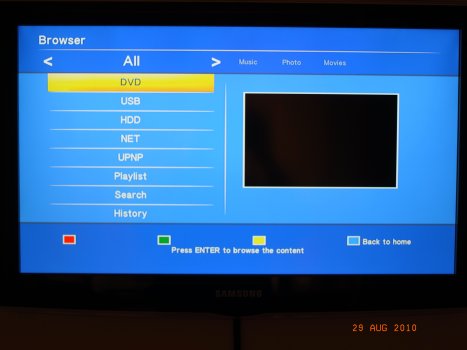 The only change here is the addition of “iPod” to the list.  As we did not have an iPod to plug in, the Astone simply told us it was not connected so we cannot show you the next screen on this feature.  You should note that on the AP-380DT HD, you will have to arrow down to get “History” to show as there are insufficient lines to show all items on one screen. 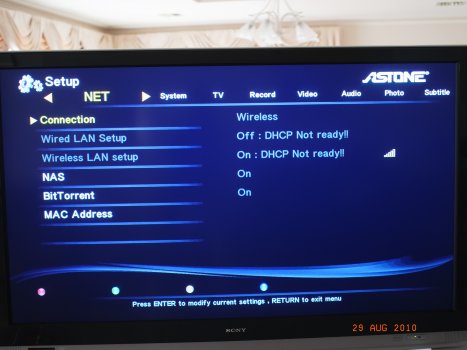 Note
*USB DVD-ROM doesn’t support playback of CSS-protected DVD Video.
**When playing the HD video, the display position of the subtitle could be in the higher part of the TV picture.  Only the subtitle format idx + sub can maintain the same position as playing in the SD video. 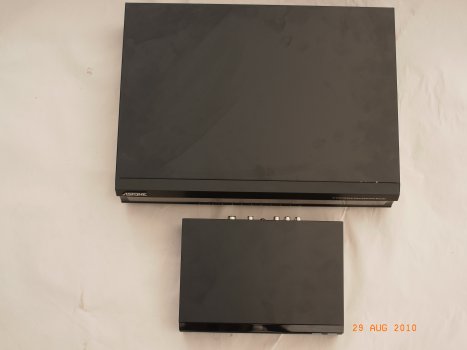 This unit will accept Dual TV transmission, decode and dual record with HD @1080p playback through HDMI as well as support most media formats such as HD MPEG2, HD VC-1, HD AVC/H.264, Divx and RMVB, which could have been stored in internal hard drive or external USB devices.  It also supports NAS with built in Samba Server, which is able to share the whole hard drive and USB drive to the network.  So you can easily access media files via your computer wirelessly if needed. 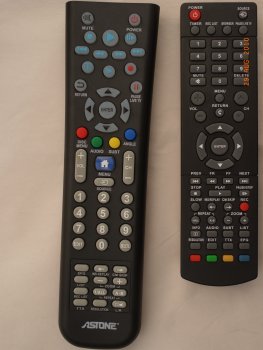 Even with new batteries, the remote only works effectively up to 3.6 metres from the unit whereas the preceding AP 360T model is operable even at 7.5 metres.  We have reported this to Astone and they will investigate as it may have just been our particular remote at fault.  We did like the new remote as it is considerably larger and has a far better visual lay out.

Conclusion
We liked the changes that have been made and it is obvious that Astone have listened to their customers.  We did not have the dongle, iPod, manual or peripheral cables, so we found it difficult to check everything, however we have little doubt that Astone will ensure any teething problems that occur when it’s out in the wide, wide world will be addressed promptly.  We have no idea of the cost of the AP-380DT HD at present as it has not been released yet.  If in the near future we discover any changes to the written information in our review, we will ensure that they are added as a news flash to this article.