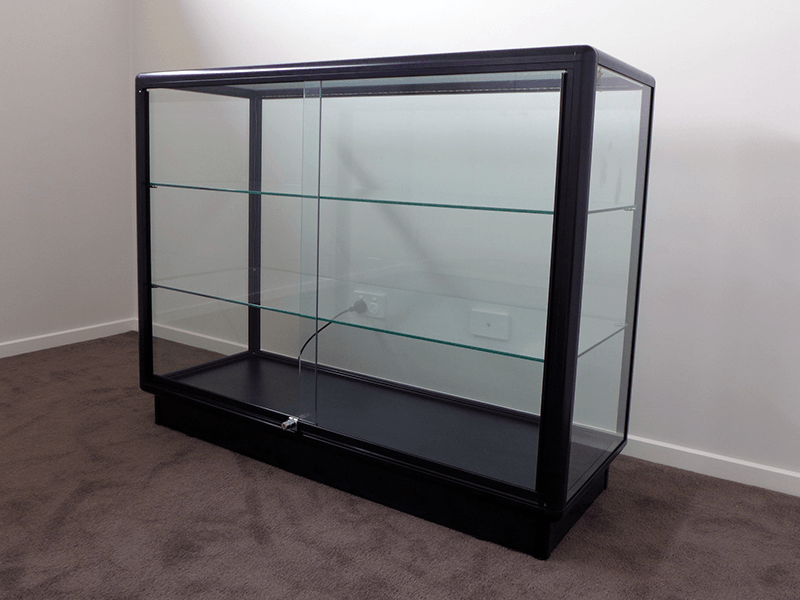 With Christmas over and all the new toys unwrapped, it seems the perfect time to take a look at an elegant way to display them all. Enter the CTGL 1200 display cabinet and our full review.

In 2013 we took a look at Showfront’s TSF 1000 and were very impressed. Smaller than the previously reviewed cabinet, the CTGL 1200 is a full glass counter display cabinet with dual lockable sliding doors. 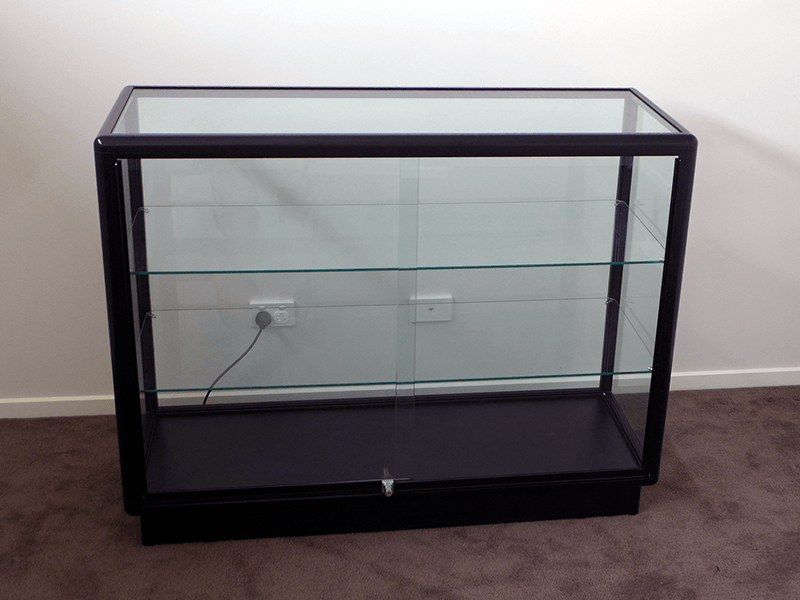 Showfront manufactures cabinets for the retail industry and private collector alike. The CTGL 1200 is used in many retail installations as a storefront counter. Showfront supplies cabinets to numerous large retail chains such as Aldi, JB Hifi and Myer. All display cabinets are hand made in Melbourne and Showfront is 100% Australian owned.

The CTGL 1200 display cabinet comes in silver, black or white frame finishes and can be manufactured with mitred, round or square frame options. The CTGL 1200 we received was coloured black with a rounded style frame. 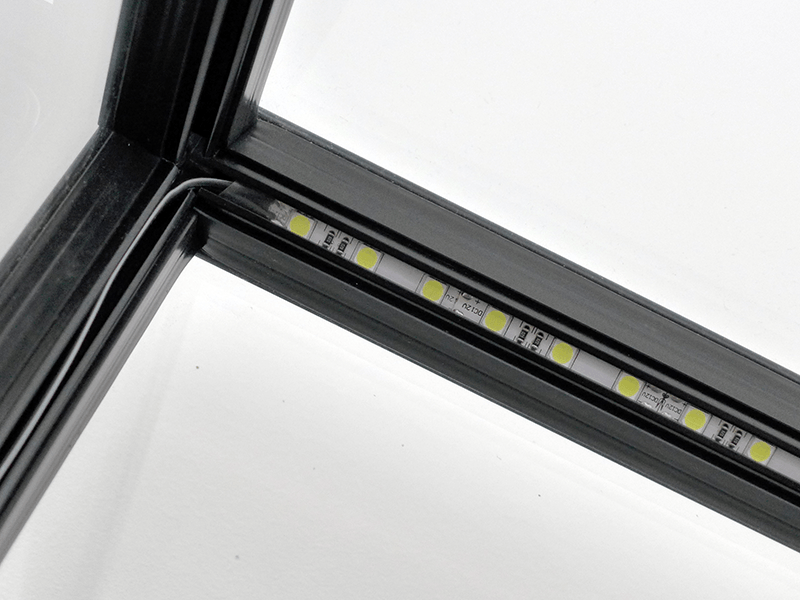 Including its plinth, the CTGL 1200 is 95cm tall, 120cm wide and 60cm deep. As one might expect for a full glass counter display, five of its six sides are glass with only the base/plinth consisting of laminated MDF.

Hidden behind the plinth are four castor wheels which allow for easy movement on tiles and relatively thin carpet. Along with the castors, each corner has its own adjustable leg which can be rolled down to lock the unit in place for added stability. 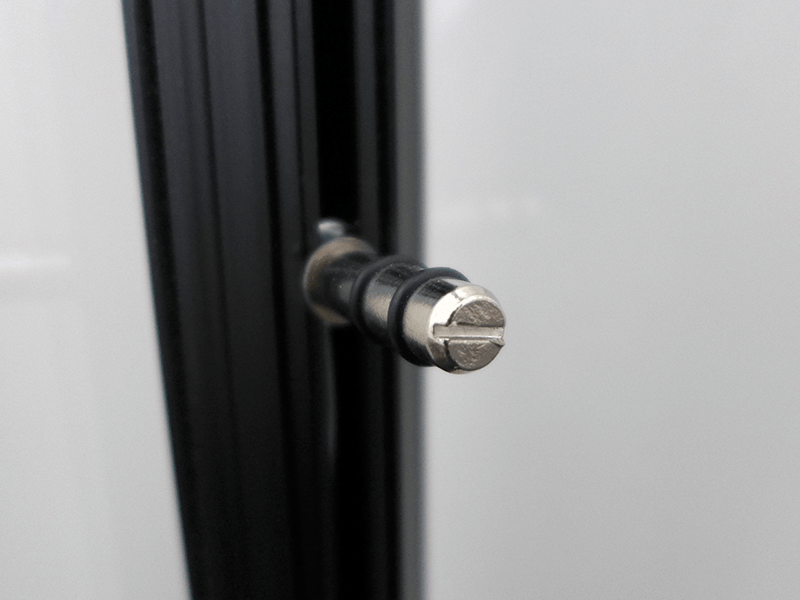 The display cabinet is delivered fully assembled bar its two height adjustable glass shelves. These were easy to install and each sits on four adjustable metal rods. These rods can be adjusted to change the shelf height as per your requirements.

Each glass shelf is rated to hold up to 15kg of your precious toys items which is reasonable considering the area involved. With the shelves in place and the feet down, everything feels solid. And as is if to prove the point, the CTGL 1200 weighs in at around 80kg! 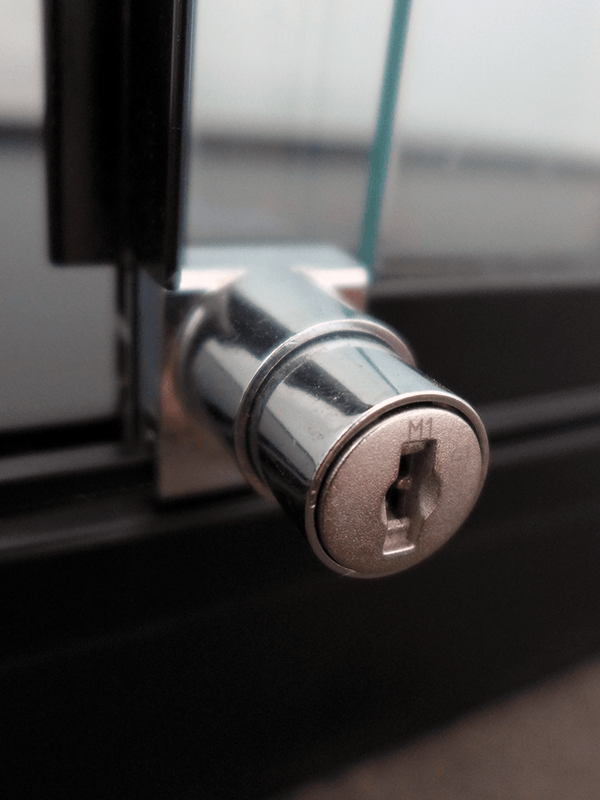 The CTGL 1200’s two shelves, when coupled with the laminated MDF base, provide nearly 1.5 square metres of prime display real estate. This real estate is bathed in cool light via two banks of LEDs cleverly concealed within the front and back of the top framework. While no switch is provided, there is ample cable, with just over three meters connecting the CTGL 1200 to a mains power point.

The power cable is neatly pushed through the left hand side of the unit and while the all glass interior provides ample light during the day, the CTGL 1200 really highlights its contents when its two rows of LEDs are turned on – during the day and night. 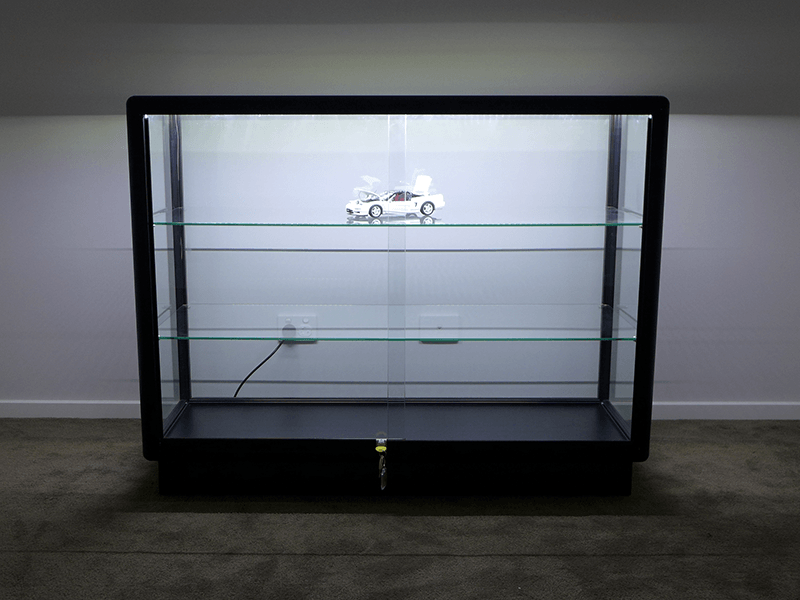 The CTGL 1200 comes delivered with all electrical components and lighting in place so other than plugging the power into the mains, no installation or fiddling is required.

Unlike the silver TSF 1000 we reviewed a few years earlier, the frame on our CTGL1200 sample had rounded corners throughout. These rounded corners gave them display cabinet a different feel whilst maintaining a neat and solid appearance. The seams were all nice and neat and the build quality was once again, excellent. 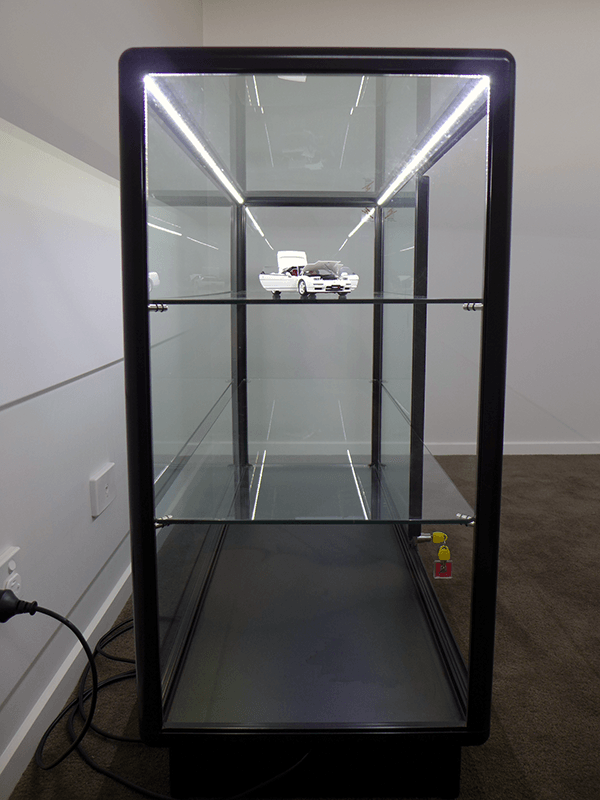 The sliding door mechanism appeared identical to the previously reviewed TSF 1000 with its push in lock mechanism is there to keep everything inside safe and secure. The glass sliding doors keep dust to a minimum with only a 0.6cm gap, which can only be traversed by dust after passing a 4.5cm overlap. Other than this single gap, the CTGL 1200 is completely sealed, effectively protecting against dust and every day debris exceedingly well.

Two keys are supplied as standard and it is worth noting that Showfront is able to key multiple locks to a particular key: if you have multiple display cabinets, they can be keyed alike, should that be a requirement.

But of course, no matter how well it is built, the real test for a display cabinet is its ability to actually display things. So how would I rate it in that respect? 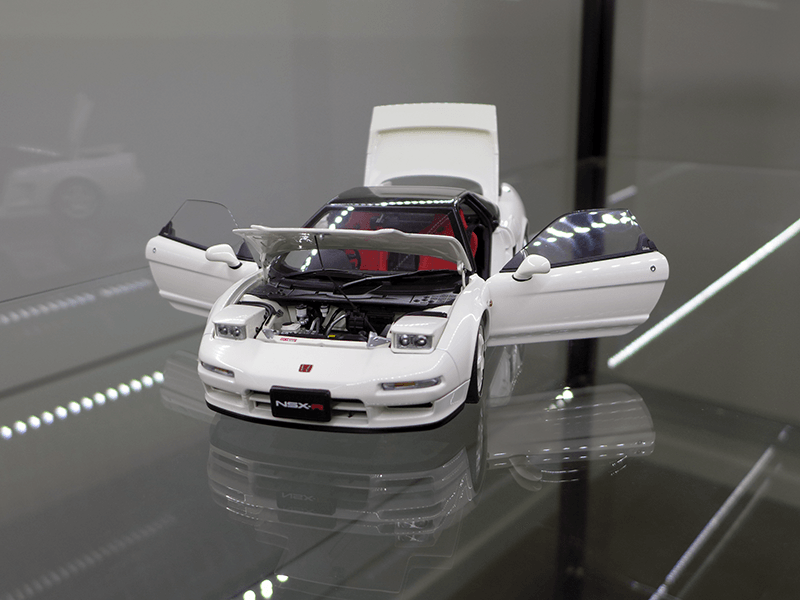 Put it this way: whilst taking photos for this review, I unwittingly started shooting the AUTOart 1992 Honda NSX Type R 1:18 scale model which had been placed inside the CTGL 1200 . The cabinet was doing its job so well that I quite frankly forgot it was even there: Bathed in LED lights, the CTGL 1200 didn’t so much as display the NSX, as much as it presented it.

While we personally liked the mitred corners of the previously reviewed TSF 1000, the CTGL 1200 in its rounded frame form maintains Showfront’s excellent build quality and workmanship and is highly recommended for people who take pride in presenting their collectibles and precious things. And toys. 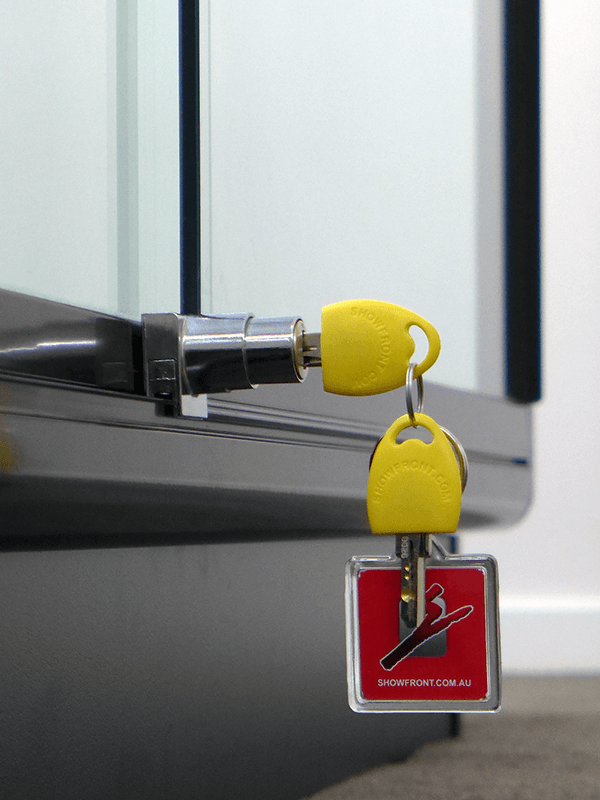 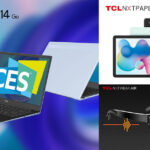