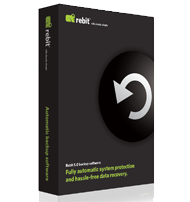 For years I have been looking for an easy to use backup solution that would run in the background continually updating my backup files. I found the solution years ago and it already saved my bacon on more than one occasion. But it wasn’t all that fast and the interface left something to be desired. Now, the folks at Rebit brought out version 5 that addresses all these issues plus has some new features and is cheaper to boot. So, are we a happy camper?

Let’s have a quick look at Rebit 5
We last had an extensive look at the Rebit solution some two years ago. You can find it here. Despite the issues we gave it a Highly Recommended rating so our expectations this time around were high. The current review is based on a software only solution but Rebit also provides Seagate drives with their software bundled. Installation is quick and easy and the first thing that hits you is the brilliantly redesigned interface: it’s simple and graphically very elegant. It is also fast. Having said that, the first backup will take a long time, easily many hours for the average user. They reckon it will back up about 10GB/hour but in my experience it took longer. Perhaps due to not having disabled my anti-virus software. Anyways, do the first backup overnight to save on frustration. After that it is easy and hardly noticeable as Rebit works away in the background.

You have a choice of backup drives to select from: network drives, other internal drives or any USB drive. You can nominate a different drive for off-site rotation for instance and you might also want to have a clean Windows install backup available for those times when you want to go back to a fresh Windows installation.

It is also easy now to restore all your system files and personal data to a bigger hard drive after a crash. It even works with drives larger than 2 TB and fortunately, it also supports USB 3.0 drives as in my case, I am backing everything up to the fireproof and waterproof IoSafe 3.0 drive we reported on earlier. 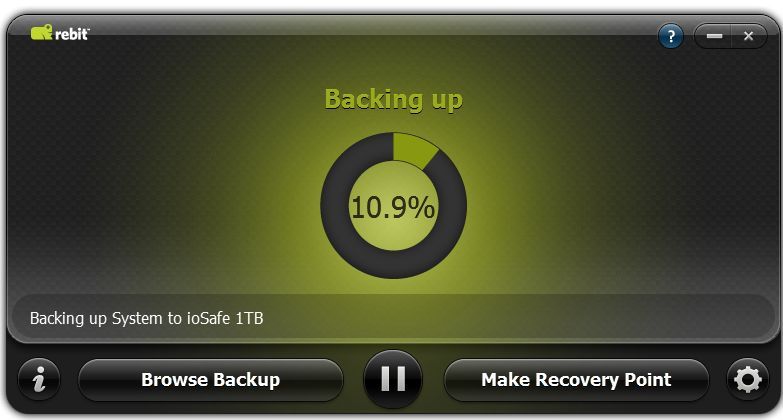 How about Recovery?
This is the crucial item on the whole issue of backing up your stuff: how easy is it to get back to the old status quo? Would you believe I had a devil of a time trying to make a recovery disk?! Now I realise that this is a backup system for dummies and I’m chief of them (or maybe just plain lazy!) but it turns out that you just need to click on the CD or USB drive again after you’ve made your initial choice between the two options. I had expected it to just start after selecting your drive and to be prompted for inserting of your media… What was I thinking?? Actually, after Rebit Support suggested a Remote Intervention they also realised that it could have been made even more foolproof. They thought they had catered for most fools out there but there’s always one that will surprise you…

Anyways, they’ll fix that issue as well and I got a chance to find out how awesome and professional their Support really is! (Thanks, Denis!). This time around we did not do a full recovery like last time but selectively moved some old files back that I had deleted. So nothing gets permanently deleted unless you run out of space on the backup disk. 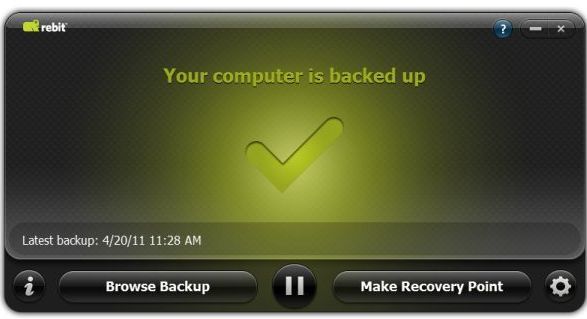 Any other glitches?
I had a couple of instances where it did not want to backup to the backup drive claiming it was full. I knew there was still plenty of space for the backup but Rebit likes to have plenty of space to ensure everything will fit. So after deleting several large files on the target drive Rebit went to work happily. Version 5.0.1035.10670 has a safeguard to prevent filling up a backup hard drive but what seems like a feature that is probably necessary, it also means that your backup drive really need to have lots of space.

I also noticed that if you’re backing up a couple of systems and they’re all called Admin-PC or similar, you’ll have a problem figuring out which is which unless you dive into the files themselves to find the differences. So better rename your computers for good housekeeping…

Well, that sums it up nicely and my user experience bears that out as well. I can highly recommend Rebit 5 and would advise you to check it out. Any backup software is better than none and Rebit shows that it could be the best of the bunch when it comes to doing an important daily task that we so easily neglect. 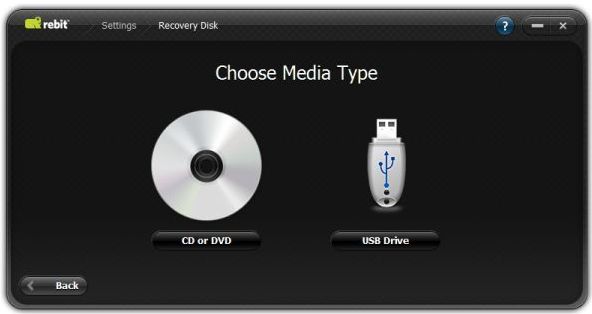 Final Thoughts
Rebit has an excellent track record of restoring people’s data when everything seemed lost. With this current edition they added new features, overhauled the interface and brought the price down. In the modernisation process the happy little froggy, the company’s icon, has now become a stylised frog (which almost looks like an elephant….). Still, when your data croaks it you’ll be happy to have it entrusted to that little amphibian!

Keeping in mind that Rebit 5 at $39.95 is excellent value for this capable and elegant backup solution, we have no hesitation in giving Rebit our Editor’s Choice Award!

In another two years we might bring you a further update on Rebit latest offering. They should be at version 10 by then, which is their 4TB solution on a thumb drive. Just kidding (but hopeful at the same time…).

Rebit 5 software is available in single- and three-PC licenses or can be purchased preinstalled on portable and desktop hard drive appliances in capacities ranging from 320GB to 2TB. A 30-day free trial can be downloaded at www.Rebit.com, where an upgrade is also available for current users. 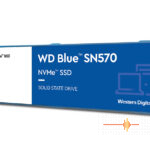