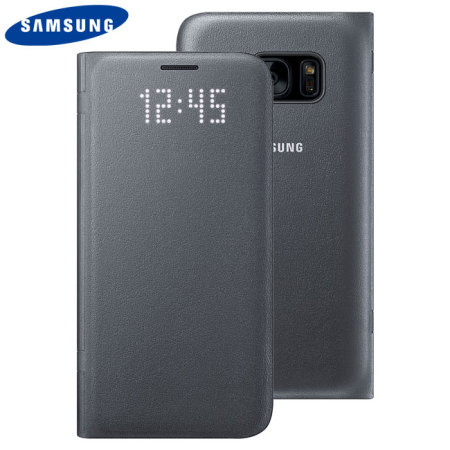 Following up on our earlier article on the Samsung S-View case, we now look at the highly touted, much promoted LED Flip case as well as the desktop wireless charger.

One gets a big tick of approval, the other one not so much.

Which one do we definitely recommend?

Let’s start with that novelty case which magically (Look! No wires!) can project the time and some notifications on the flip case which neatly encloses the Samsung Galaxy S7 edge.

The front of this well-crafted case is as impenetrable as the back. Yet, when you close the case about 80 small LEDs spring to life and tell the time. Clever.
There are also notifications when calls come in or a text. You can even assign a very basic “image” symbol to a few of your contacts so that you know who’s calling…

Whilst the technology employed to make this happen is indeed clever, it is also a bit gimmicky.
Meaning: it is not as useful as the cheaper S-View case which gives you that information in glorious detail with quick shortcuts for calling and taking photos.
Other than that, the built quality of both cases is much the same but I prefer the more velvety feel of the S-View case. The LED flip case has a slit in the front inside for just one credit card. 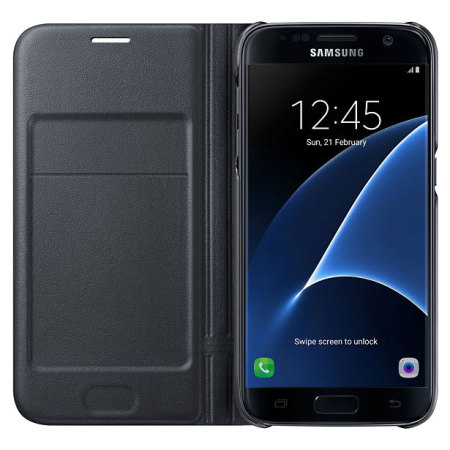 So, if you value some Oohs and Aahs from your friends you might spring the 66 bucks that this case costs but it’s not as handy as the S-View one for notifications. 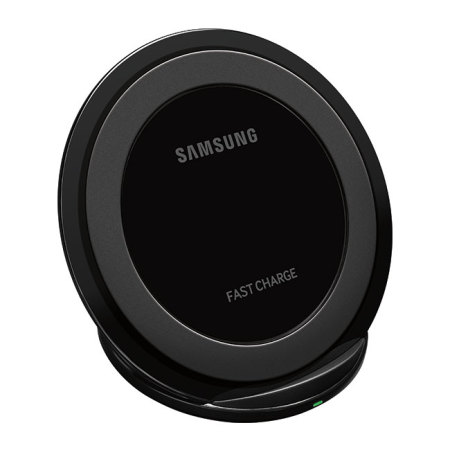 We looked at the FLAT fast charging unit last time, noted that it is well-designed and will easily charge the phone even if it has a case around it.
Now we have the ANGLED desktop unit and guess what: it’s not just the stand that is making it look different. It’s BIGGER!

I love this new unit as it’s now very easy to position the phone correctly – every time! The LED charge light is discreet and visible all the time, no matter how you position the phone. The 45 degree angle makes it easier to view your screen when working on your computer.
The rest of the specs are per the other model.

It’s unlikely you’ll toss this unit in your travel bag as it’s just too bulky for that. Just plug in the cable when you’re on the road.
Again, please note that no cable or plug is included so you’ll have to use the ones the phone came with…

I can certainly recommend this unit that retails for close to 75 bucks and you can pick a black or white model.