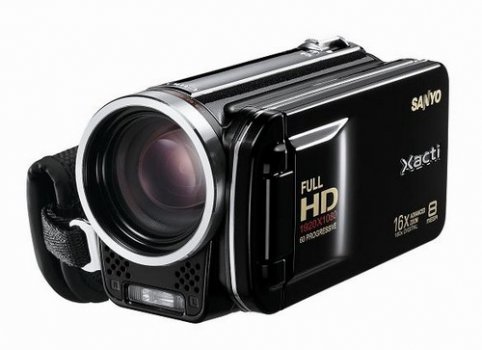 You know, it’s hard to “future proof” anything these days and we seem to see electronic goods becoming pretty well redundant within six months, so we thought we would pick through an online store known for its multitude of products in this field and see if we could pick something out that would have all the “bells and whistles” to stay current for a while. We wanted a high end digital camera and also a digital camcorder that was top of the tree in high video definition i.e. 1920 x 1080i and if possible 1920 x 1080p, with a high frame rate so that we would have the best available quality when using the video recorder on new downstream products with Full High Definition capabilities. With an overriding condition that we didn’t want to pay “arms and a leg” in $’s, we believe that in the dual camera, Sanyo Xacti VPC-FH1 we have selected a reasonably priced product that based on specifications we thought could be outstanding for its operational future proofing and potential capabilities. We didn’t allow the people at “Gibbscamerahouse” to have any input so we knew we would be entirely free from any well intentioned possible bias.

Boldly we made our own selection. 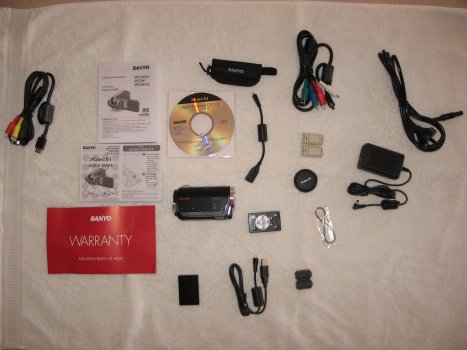 We pulled it all out of the box, and I mean ALL.  As you can see by the Pic that you get a lot of bits and pieces.  Included with the camcorder are:
• Grip belt
• Li-ion battery pack
• USB interface cable
• AC adapter and power cord
• Xacti Software CD & manual
• S-AV interface cable
• Component cable
• Remote control unit
• Lens cap
• Cores for HDMI cable
• Quick guide
• USB converter cable
• Xacti library manual
• Approx 200 page instruction manual

Later noticed to be conspicuous by their absence and not included (but we think should be) were a:
• SD memory card
• HDMI cable 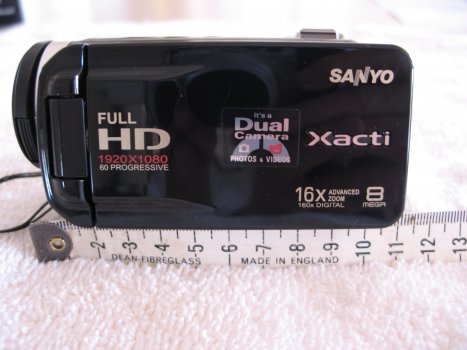 We think that a high quality memory card is imperative in obtaining problem free operation of the camera.  A well known compatible SDHC memory card should be supplied with all cameras by the manufacturer as the after market brand we tried initially fell over three times within two days with the camera caringly saying “cannot access memory card”.  This is despite the card being a Class 6 SDHC card widely distributed by a large chain store within the market place.  It would appear that in the case of memory cards, “cards aren’t just cards”.
The recommendation in this case is to acquire a proven high end card such as the Silicon Power Card class 6 readily available from some of the Camera House stores. Their latest card has now just been released (Class 10) and will be separately reviewed on this site.  (These can also be purchased at Camerahouse stores Australia wide.)

Testing
We elected to test the “stills” taken by the Sanyo Xacti VPC-FH1 by taking comparative photographs for analysis using a 7.2 megapixel Canon G6 which won “best digital of the year” when it was first released.  We took a number of photographs of the same scene from the same standpoint with each camera, ensuring that the focal points were on exactly the same area.

In each case, the Sanyo Xacti VPC-FH1, whether it be set on 8 megapixel or 12 megapixel, “stills” consistently and competently out-performed the G6 on colour definition and clarity and was just as easy to use. 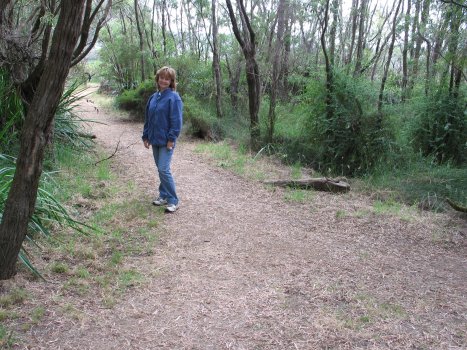 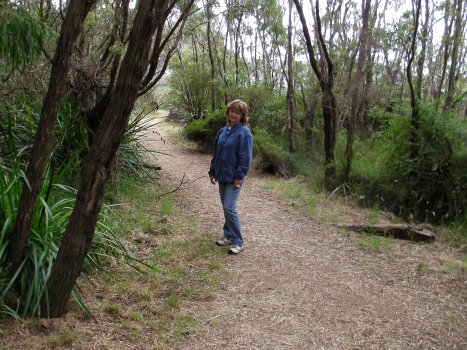 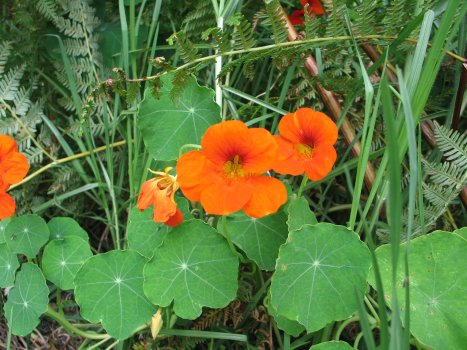 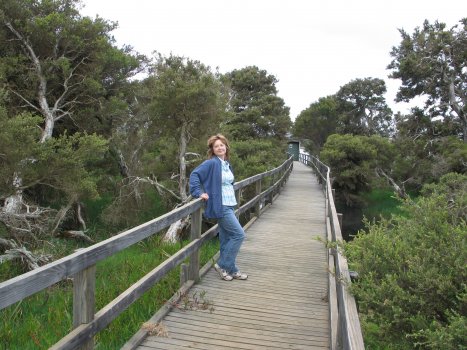 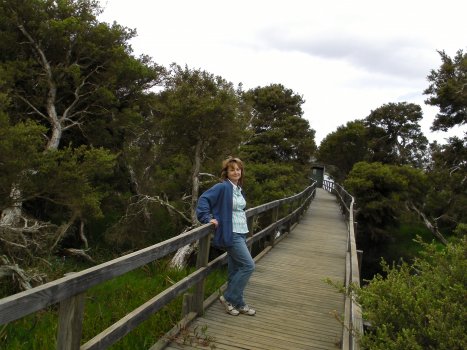 Future Proofing
One of the main reasons we selected this camera over all the others in similar or higher price brackets was because of the “future proofing” of this camera (nothing of equal value or another $400-500 AUD plus, even got a maybe).  With Video resolution at 1080i and 1080p and the still camera at 12 megapixel it should be all you need.  The best TV resolution in the Full HD range is catered for with S-Video and a HDMI connection, which is also “top of the tree” at the present time.
The Sanyo Xacti VPC-FH1’s  storage is via a memory card and we see that this product with a ceiling of 32gb (at present) and with the latest high transfer rates is more than you will need for some years to come.  Battery life is some two hours and even when battery capacities get improved you are still likely to run out of battery before storage even on maximum resolution of 1080p in the Full HR mode.
We believe that class 6 SDHC barely meets the requirements of this camera and so improvements (such as the Silicon Power Card (class 10) that’s just been released would be the optimum available) in the speed of high quality storage will continue to improve performance of this camcorder and suspect that the few veiled criticisms aimed at the camera in other reviews were the fault of someone putting in a low class memory card and not the Sanyo Xacti VPC-FH1 operating system.

Connectivity
We had no difficulty installing the bundled Nero 8 Essentials supplied CD and running the video we had just taken on our laptop via a Vista Windows platform.
Whilst the untouched VPC-FH1’s MPEG-4 files ran problem free, some editing applications may need conversion to different format.
We connected the Sanyo Xacti VPC-FH1 via the supplied S–Video to our 60” Sony Bravia television and watched our recorded video at 1920 x 1080p and found it to be faultless with excellent colour reproduction.

Released by Sanyo in January 2009 the Xacti VPC-FH1 Camcorder had the following specifications:

Conclusion
In addition to what we have already said, we loved this camera, and found that photography was made much easier by the option of being able to use either one of two very friendly purpose built menus.

The entire operation is assisted by easy and rational access to all buttons and have been placed on a unit of very high capability and quality.  It was easy to see why we found the delivery a 9/10 performance, functions were easy to orchestrate and ended up pooling together to make this a “must have camera” for either amateur or semi professional.

http://gibbscamerahouse.com.au/sanyoxactifh1fullhd-p-1231.html in a totally unbiased and unencumbered way:
“No siree”, we picked the “cream of the crop’.