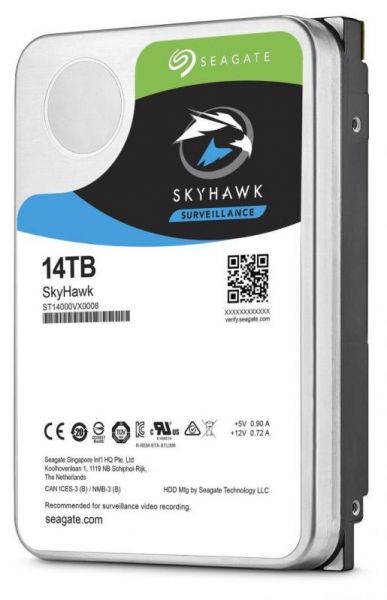 What’s the most critical component of any computer system?

Right: the drive that contains YOUR data!
And yet we give so little attention to which company we entrust our digital life to and to preserve it.

I’ve had countless hard drives and SSDs fail in working with computers for more than 40 years.
So, let’s have a look into an amazing piece of technology, courtesy of Seagate, as we are building and testing a Surveillance Station based on a Synology NAS.

Seagate chose a good name for their Surveillance drives: Skyhawk.

All my life as a commercial pilot I’ve been flying Skyhawks, arguably one of the most trusted and reliable aircraft around. Some of them are much older than the pilots who fly them!

Such is the case with the name that Seagate has built up over the past 4 decades.

I happened to be working with IBM who have been credited with inventing the hard drive, well before the first IBM PC was announced. That first HDD only could hold 10MB and was humongous… But it took a few more years for a hard drive to appear in personal computers.

The trend with all electronics is smaller, faster, bigger capacities and cheaper. Most PCs now have around 1TB onboard – about a 100,000 times more.
The Seagate Skyhawk drives go up to 16TB. The ones we’re reviewing can handle a massive 14TB each. 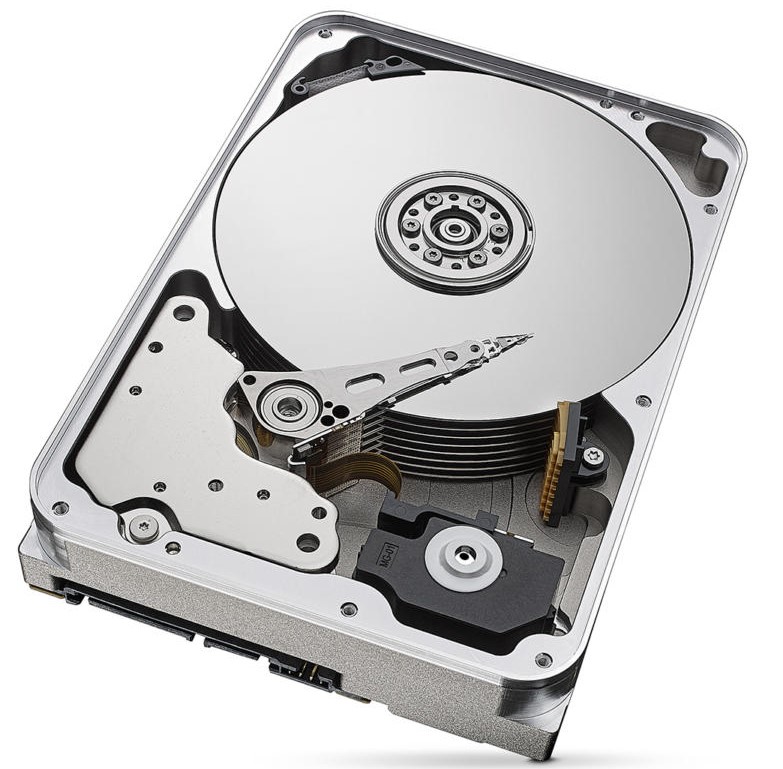 What Makes a Surveillance Drive Special?

You can use pretty much any drive in most surveillance situations – for a while.
But if you have a need to run a 24/7 operation with dozens of cameras feeding video into your system it will pay to get some specific type of drives fit for the task.

With a larger cache memory, coupled with powerful error correction, your video feed won’t have many dropped frames, if any. And that can be critical evidence in a court case.

SkyHawk ImagePerfect firmware ensures that everything is optimised for the huge write load in a surveillance environment (up to 90% could be write operations and most drives would struggle with that imbalanced read/write load).

Another aspect that makes this technology quite amazing is the realisation that the drive’s head (which is as tiny as a flake of pepper) flies the height of the human hair’s thickness above a disk that’s rotating at around 130kph.
I’ve done some low-level flying at that speed in my Skyhawk but not at the height of a millimetre! Too many obstacles in the way…

I was delving a bit into the other technical aspects of how a Seagate drive can minimise the inherent vibration of a bunch of fast-spinning disks in a multi-bay NAS unit. I’ll spare you the details but every Skyhawk drive has a couple of sensors as part of their AcuTrac technology to reduce rotational vibration.
If only they could upscale these sensors to reduce vibration in a helicopter!

When I inserted these two 14TB drives into the NAS the storage pool in the Synology Hybrid Raid setup ended up with a total usable capacity of just over 12TB. The more drives you have of similar capacity the lower the overhead to create redundancy.

If these two drives are used for just surveillance this capacity equates to about 8000 hours of HD video storage. That’s nearly a full year, running 24/7. Or it could be just 5 days to fill the drive if you feed in from 64 cameras…

And with 1 million hours between failures (MTBF) it’s an indication of pretty good reliability even though it is based on projection of tests over a limited time span. These days Seagate like to use the AFR (Annualised Failure Rate) indicator for reliability. It’s a bit more accurate but only useful for comparisons if all manufacturers get onboard with this.

As with most electronics, keeping temperature down (like around 40 degrees) will increase reliability so it’s good to know that power consumption of these Seagate Skyhawks is fairly low. So a 3 year warranty is an easy bet for the company.

We’ll be back in the next review to see how the Seagate drives are performing in the Synology Surveillance Station application.

At the price of around 700 Aussie bucks it’s like handling a bar of gold. They are not inexpensive! But considering the technology that went into crafting these repositories of all your valuable data and the expectation that they will “have and hold them like forever”, that investment is totally justified.

Still, I think the remaining bays in my DS1019+ will stay empty for a while yet…

Have a look at the technology behind these Seagate drives here.