The Predictable Evolution of the NAS: QNAP TS-451D2 is the Latest 4 Bay Unit from QNAP and Perfect for Beginners 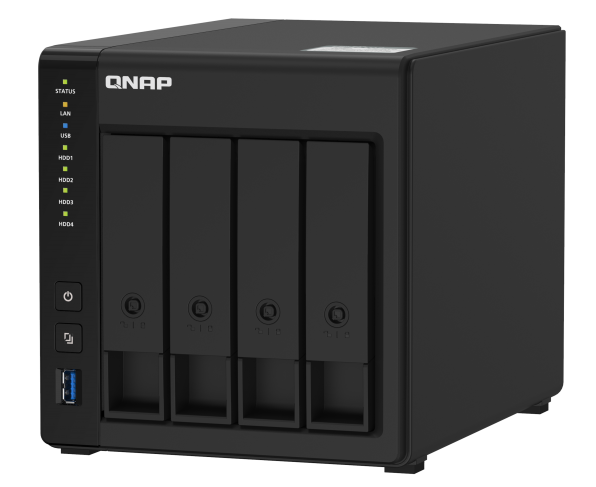 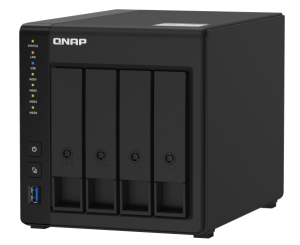 As the year 2020 crawls to a close we have seen the big shift to working from home with the need to be able to continuously back up our work also growing.

A Networked Attached Storage unit (NAS) is the ultimate guardian of your valuable data: able to give you 24/7 access to your Personal Cloud, under your full control with great redundancy and able to back up continuously. Plus all the other facilities it can provide like serving up all your media.

So let’s look today at the technical aspects of the QNAP TS-451D2 which has just been released here in Australia.

If you’ve been following DigitalReviews.net for a while you’ll know that we’ve covered just about any aspect of dozens of NAS units, from enterprise level behemoths to tiny handheld ones (see QNAP’s Q Genie here).
A perfect middle ground is covered by the ubiquitous 4 bay models, by far the most popular type.

NAS units were quite fiddly to set up properly in the olden days but in 2020 it is a breeze even for beginners.
We’ve seen that progression to user-friendliness and at the same time we see the evolution to more powerful capabilities. So it is with this QNAP TS-451D2.
Nothing revolutionary, just a tweaking of the things that make the QNAP range a pleasure to work with.

And not surprisingly it is the software that should get the highest accolades: the latest 4.5.1 version of the QTS operating system and the countless apps that run beautifully on their systems.

So, what do you get for just under 700 Aussie dollars?

A complete computer system (minus the hard drives – more on that later) including all the software you need.
The beating heart is a reasonable powerful Intel Celeron J4025 dual-core 2.0 GHz processor (burst up to 2.9 GHz) and is available with 2GB or 4GB DDR4 memory (supports up to 8GB dual-channel). Our review unit has 4GB which we consider the minimum. 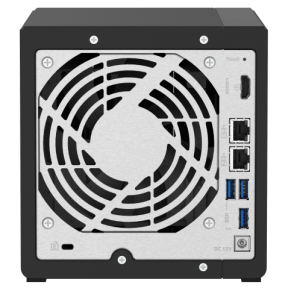 The TS-451D2 also features Intel AES-NI encryption, 4K media streaming, real-time transcoding, and 4K 120fps HDMI 2.0 output. This enables the unit to give you a seamless multimedia experience. Just like any other computer: it doesn’t always have to be just work and no play…
Good entertainment is also enjoyable when you’re able to dish it up from your own video vault. It would have been nice to see an HDMI cable included as most beginners may not have one lying around.

The TS-451D2 is also generous with four USB 3.2 Gen1 ports and two Gigabit Ethernet ports for greater connectivity and to help streamline workflows.
On the outside we have the standard QNAP layout: status LEDs for power and the system plus the 4 bays when they are in use.
Very handy is also a separate USB Copy button on the front.

Whilst you can run most NAS units with just 1 drive, two or more will give you the needed redundancy. This is important as HDDs do fail on occasion.

Investing in some good hard drives is key but they can be as expensive as the whole hardware box you’re gonna put them in.
Some very good ones are the IronWolf ones from Seagate which we recently reviewed.

Choose the capacity you’ll think you might need for the next few years and start out with at least 2 drives. That leaves plenty of expansion for later on.

There are no real negatives to choosing the TS-451D2 as your first NAS. For starters, NAS units have never given us any grief hardware-wise. It’s all very mature, solid technology. And QNAP is an excellent brand.

If anything would fail it used to be the Power Supply Unit inside but wisely most manufacturers are now having external power packs that can easily be replaced.
The two year warranty should also put your mind at ease about its reliability and if you want even more security you can purchase a 3 year warranty extension.

Some might think that QNAP could have included some new and faster 2.5Gbe ports, rather than the standard 1Gbe. Indeed, and it would not have made much difference in price. The same applies to SSD caching which can also be found on some NAS boxes in this price segment. If speed is not on your radar – and it probably wouldn’t be if this is your first NAS – then there’s plenty to like about the TS-451D2.

At this price point you’ll have an excellent media server and a great unit for the ever-more important home and business surveillance jobs.