Two Bays are Better than One – Synology’s DS715 Reviewed 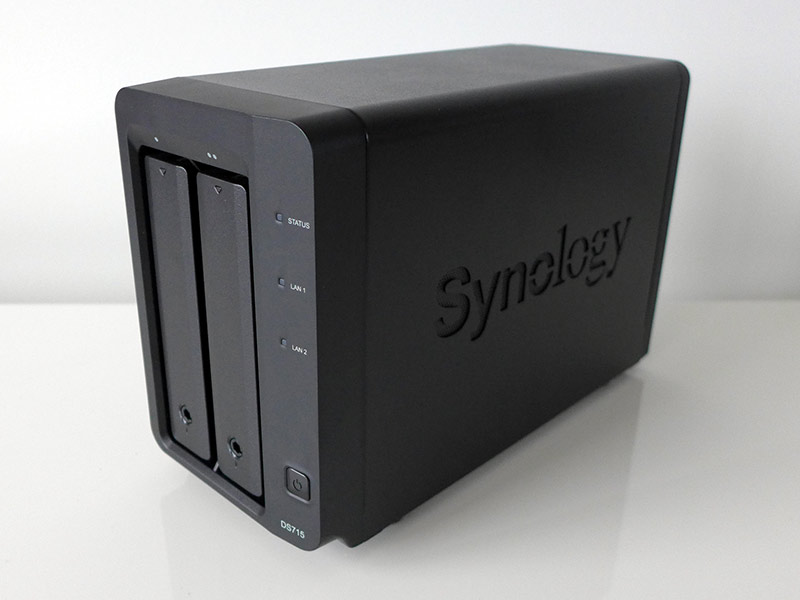 Synology’s DS715 is a feature packed, quad core Network Attached Storage device, aiming to delivery data across networks both reliably and speedily. Read on as we put the DS715 through its paces and discover some of its more complex capabilities.

The DS715 has the familiar look of the all its pro-grade Synology gear with an all matt black plastic and aluminum exterior. The front face proudly displays its two lockable SATA III drive bays, along with three LEDs (one for each LAN and the other to report the unit’s general status) and a square power button. 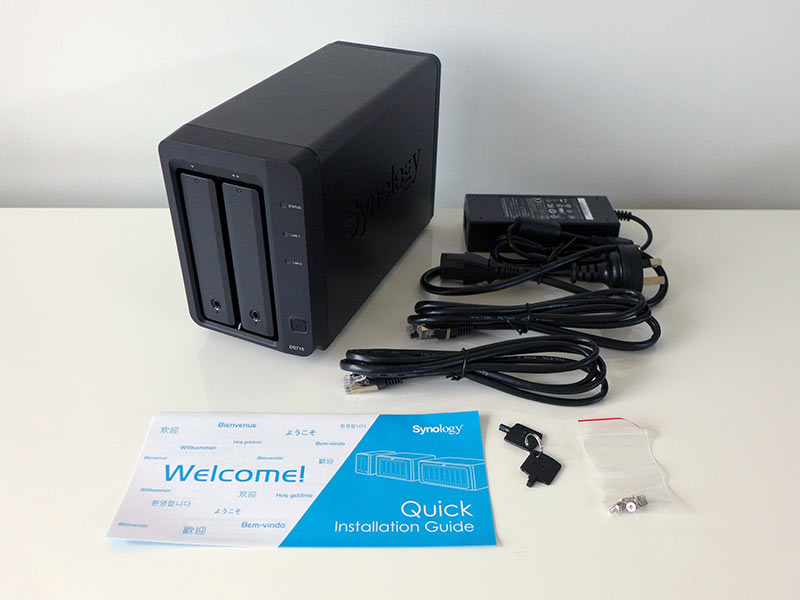 Both sides feature the clever Synology logo vents found throughout their product range, while the top is featureless. With no front USB ports, the rear of the DS715 is where all its connectivity resides. Beneath a 92mm cooling fan are two Gigabit LAN ports, two blue colour coded USB 3.0 ports and an eSATA port. Rounding out the rear is a four pronged power port, a Kensington lock slot and a small pinhole reset button.

At 157mm high, 103.5mm wide and with a depth of 232mm, the unit has a small and neat footprint and without drives installed comes in at just over 1.5 kilograms. 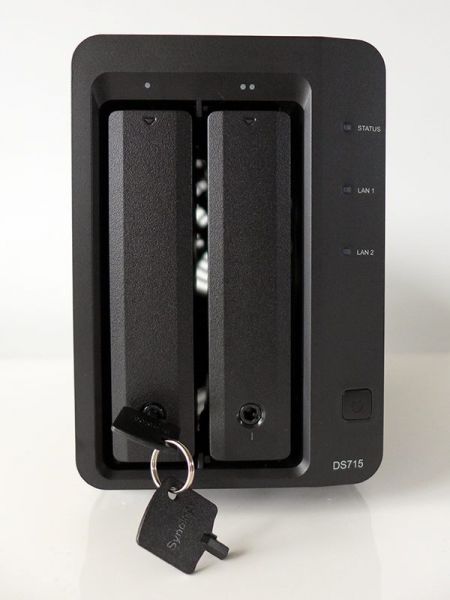 The DS715 comes complete with two keys (for the drive bays), two CAT5E cables, a small bag of screws for 2.5″ drives, a reasonably sized power supply (with cable) and of course, a quick installation guide.

As with all current Synology Network Attached Storage (NAS) devices, setup was a breeze. Once we fitted our two 500GB test hard drives (via the very clever screwless caddy system), we connected the DS715 to our local area network and hit the on button. As per the quick installation guide, we opened up our MacBook Pro and in our browser, headed to http://find.synology.com. Using this ingenious online system, the “web assistant” quickly located the DS715 on our network and guided us through the DiskStation Manager (DSM) install process. All in all, it took less than twenty minutes from unboxing to first use. 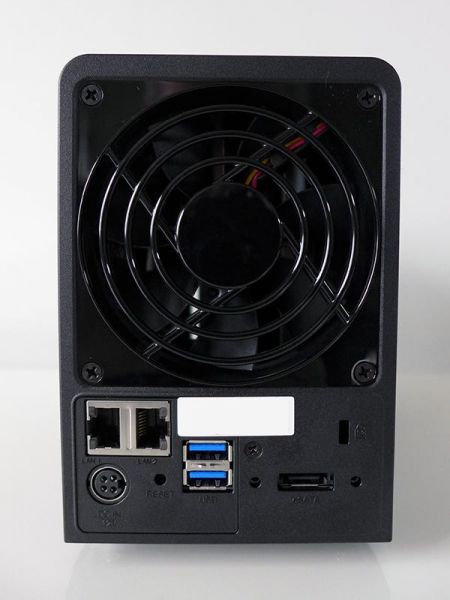 While we have mentioned it before, it is worth doing so again: The DSM web interface is by far the neatest and most user friendly NAS interface we have seen. It really does feel like an OS in a browser window, complete with desktop, menu bars, neatly foldered applications and even status reporting gadgets!

When we look at a NAS we run standardised tests and while these tests run on a live network, we feel the they are indicative of how a device will likely work in a real world environment. All testing (including benchmarks) were undertaken on our very real CAT6 connected local area network. All connections are routed through a domestic Netgear DGND3700 router, which in turn runs through a 24 port HP Procurve switch. 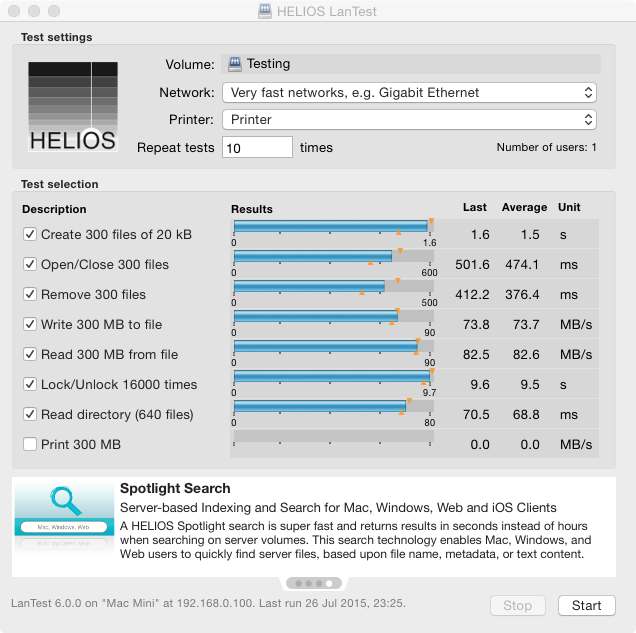 For the record: All transfer tests were conducted via a Mac Mini 5,1 running OSX 10.11. For external transfer tests, the Mac Mini’s internal 256GB SSD was used. We also used version 10.3.3 of the AJA System Test Utility, version 6.0.0 of Helios LanSpeed Test and all timing was measured manually via stopwatch.

Traditionally, NAS devices have been primarily used to deliver and store vast amounts of data over networks. In our DS115 review we looked at how Synology’s NAS devices can work with IP cameras to create a powerful surveillance tool. This is in part due to the way Synology’s DSM software is able to utilise what Synology call “packages” which essentially extend Synology NAS devices far beyond mere network data storage. 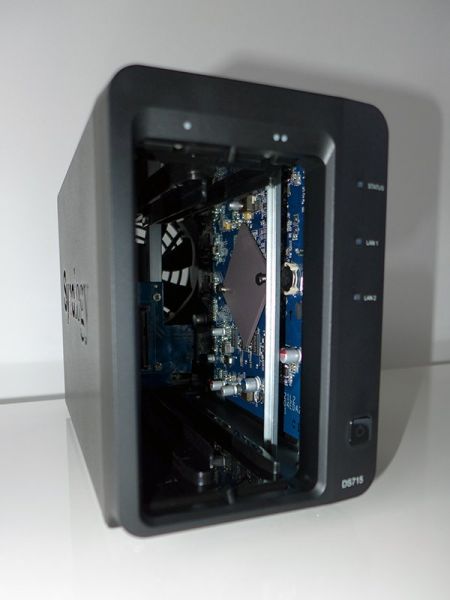 Packages are downloaded to the NAS via the Package Centre which is essentially an iTunes for Synology NAS devices. You want to turn the DS715 into a Plex Media Server: No problem; How about a Mail Server: Sure; Drupal: Yes; Bittorrent/NZB Downloader: Of course. And best of all, almost all of these packages are free. The DS715 can do all of these things and more (over sixty packages are available for download) at the same time.. while it continues to serve files diligently and quietly over your network, of course.

And at 19.2dB A the DS715 is very quiet and a downright miser when it comes to power usage, sucking just over 20 Watts of power while drives are accessed and less than half that during hibernation. The DS715’s dual Ethernet ports also allow for failover and link aggregation support and load balancing. Wake on LAN is also supported as is the ability to scale up to 56TB via the addition of an external 5 bay DX513 expansion unit. 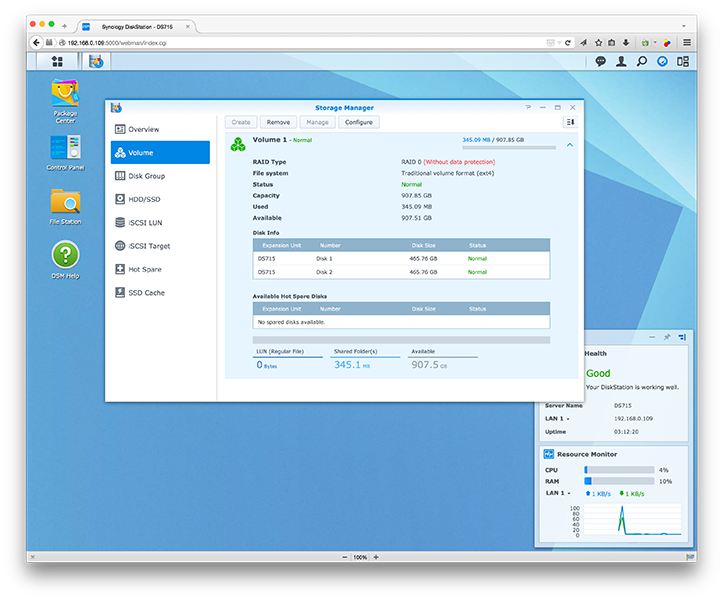 The Disk Station Manager software also allows for complex uses such as the setup of a Virtual Private Network (VPN) allowing secure access to your files over the Internet. Another great package that can be downloaded is the Proxy Server. We setup the proxy server to see how it would go filtering content and caching files. Setting up a proxy server was a little finicky in that we had to go into the DSM control centre to enable web services and the DHCP server but once setup (and configured in our browser) worked well.

Creating access rules was as easy as selecting the desired IP/hostname, selecting whether the rule was to affect a source or destination IP/hostname and of course, whether the connection was to be allowed or denied. Beyond this, the proxy server allowed users on the network to effectively cache downloads and save bandwidth which could come in very handy for OS updates and other large network wide downloads. We can see this feature work well both in business environments as well as in larger home networks, particularly to keep children behind a safe zone proxy – And help mitigate the bandwidth hit during those regular iOS updates! 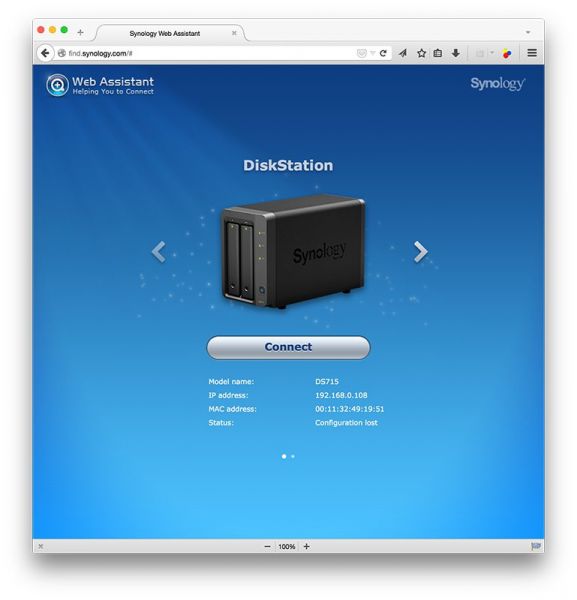 Of course, while it is interesting to note just how powerful modern NAS devices become due to their software, it has to be said that it is the underlying hardware that is doing the heavy lifting. In this respect, the DS715’s quad core makes it a solid performer. 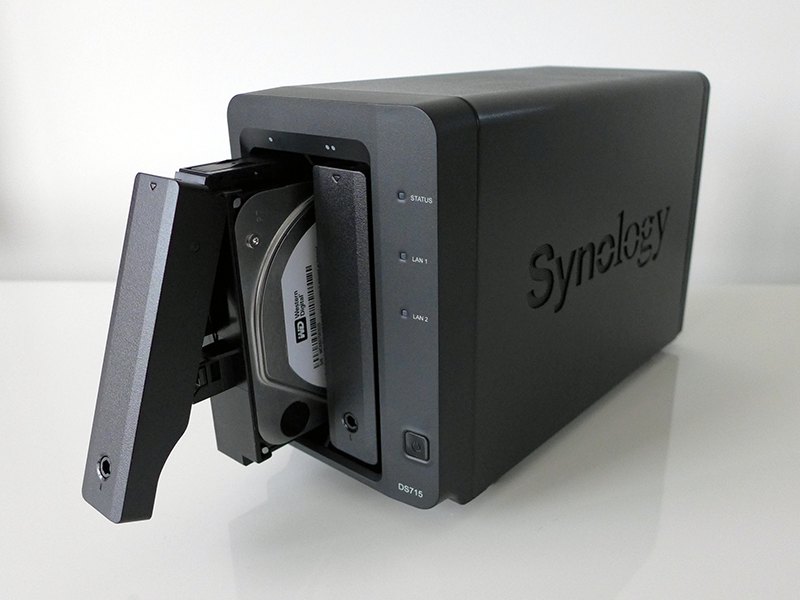 The DS715 is a great two bay NAS device, with quad core performance coupled with the ever impressive DSM and its feature rich add-on packages, is a real winner. The DS715 hardware is well designed with USB 3.0 connectivity and dual Gigabit ethernet is great to see at this price point, as is the very economical power consumption figures and minimal noise levels.

At a street price of just over $500AUD, the DS715 might not seem like it belongs in a “value” series, until you take into account that the DS715’s features and functionality put some other manufacturer’s Pro series products to shame.

For more information, including where to buy, please visit Synology’s product page.