Your Data in the Cloud or on your own NAS? We Look at the QNAP TS-873U-RP for Businesses 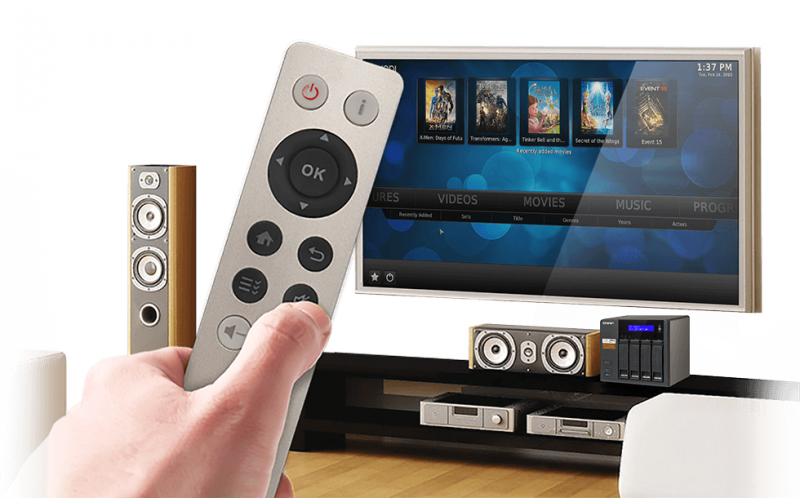 What’s the most important asset for most businesses? People, products or premises will probably make your shortlist. How about Data?
It’s alright to pump all your data into “the Cloud” and hope that it will be secure and uncompromised but how about at least having access to your own data in your own company at the local level? In other words, having it on a Networked Attached Storage (NAS) system.

In today’s review we look at a low cost, high performance, rack mounted unit from one of the best NAS companies in the world.
Here’s our take on the QNAP TS-873U-RP.

(This article was written by Paul Maranzano, Technical Director for an IT company in Melbourne, Vic)

The QNAP TS-873U-RP is a very well made unit. From first glance to when you pick it up you notice how robust the design and materials are with a nice heavy weight. Call me old fashioned but when spending this sort of money I like a good weight in electronic equipment; weight equals quality.

The rear consisted of multiple ports, specifically dual 10GBE SFP ports which as you know from previous reviews always gets me excited.
I was also very excited to see that the unit was able to hold 2x M.2 SSD drives internally. These are used for caching purposes also known as QTier.
You can easily see that the TS-873U comes with tons of features that any business might utilize or be looking for.

Setup and initialization was a breeze with the powerful and intuitive QTS operating system. Over the years it’s certainly developed into an amazing OS ahead of other players on the market such as Synology and Thecus. QNAP is great in taking end user feedback and quickly implementing it into their OS after thorough testing of the units.

Our test unit shipped with 8GB of RAM which we bumped up to 64GB of RAM total for us to play with. I had my heart set on Virtualization Station which is available through the App Centre as are various other apps that are worth looking at. Another great feature these days is IoT aka Containers.

We used 8x 4TB Seagate IronWolf NAS Hard drives in our unit which is on the approved list. I’d highly recommend checking out the list of approved hard drives on the QNAP website. These drives are SATA III which will promise up to 6Gbps in performance.

15 minutes in I had all my hard drives initialized, raid array configured in a RAID 5 and I was booted into QTS web page. I installed a bunch of pending updates and recommended QNAP applications and was ready to get started. Straight away I noticed the snappiness of the interface and how fast the unit was able to perform.

Regardless how new your hard drives are, I highly recommend running them through a test before placing data on them, even straight out of a sealed anti-static bag.
Network throughput was maxed out at 112mbps which is what I expected out of a gigabit connection. I teamed all the NICs together and have multiple machines transferring and reaching peak speeds without a problem.

Network performance through the 10Gbps connected through an Intel X540-T2 NIC running Windows 10 Pro X64 I was able to hit a maximum of 733MB/s which was very impressive on a file transfer. I had to run through various fine tuning features to hit that speed but it’s well worth the time spent.

I tested out the unit’s load by setting off 5 simultaneous transfers from the QNAP and another 5 simultaneous transfers to the QNAP from 5 separate devices. The QNAP’s CPU was only ever hitting a maximum of 47% CPU utilization, which is very impressive. Each device was also hitting over 100MBps during the transfer.
After installing Virtualization Station I did run up a virtual machine of Windows 10 which will be used as a testing machine for a few applications I’ve been evaluating. Performance is very responsive and overall didn’t add a large amount of strain on system resources. I found that QTS was able to function without any issues. Also on top of that I had been running a Unifi Wireless Controller which I was able to run through Container Station. Container Station also has a large amount of prebuilt Linux O/S and applications which you can run in a separate container without interfering with QTS.

My only gripe with the unit is the fan noise, however with my complaint also comes a solution. You can always opt to go with the smart fan option which will spin up and down depending on requirement.
Apart from that, it’s a hard unit to fault; the device offers a range of enterprise features such as M.2 caching and 10GBE at an entry level price point. Here in Australia you can get the QNAP TS-873U-RP for around AUD2600.

Most small businesses are going down the path of moving part of their business to the cloud but keeping some data locally by storing it onto a NAS of some sort. The unfortunate thing is most businesses are falling into the trap of replacing their massively powered HP server with a home grade NAS which is lacking in performance and the feature set that it offers. The TS-x73 series offers a highly powered business grade NAS unit with M.2 caching and 10GBE network performance at a lower price than the HP server.

Regardless if it’s to host VMs, company data, office cameras or all 3 of those the QNAP TS-873U-RP has enough power, redundancy and space to fill your needs for today and to ensure futureproofing your business for years to come.

We highly recommend the QNAP TS-873U-RP.