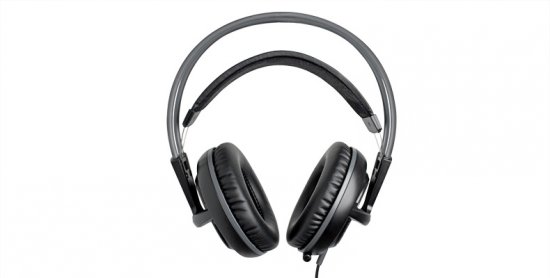 In our third of three SteelSeries audio reviews, I got to check out the SteelSeries PS3 Siberia V2 headphones, a set of gaming headphones designed for PS3 gamers and compatible with Xbox 360 and everything with a 3.5mm input.

From the guts out, the PS3 Siberia V2 is nothing exceptional or unique compared to other models by SteelSeries. This isn’t a bad thing, really. The hardware is virtually identical to the Diablo III headphones and the resulting sound is just as excellent. This is probably due to the AudioMixer that comes packaged, similar to the built-in sound card in the Diablo III headset, as I guessed in our review of the 7H Fnatic edition headset review.

For the uninitiated, the PS3 Siberia V2 essentially works as follows. The headset itself is identical to the V2-series, meaning you get a self-adjusting over-the-top connector, leather ear cushions, and a retractable microphone. This all leads through a moderate-length cable to dual output 3.5mm cables, one for mic and one for sound, and you could actually stop there if you wanted to use these with mobile devices, a laptop, or anything that uses a 3.5mm input.

The PS3-centric part of the package is that you also get an AudioMixer box, something the size of maybe half of a credit card, where you can plug in your two jacks and get input/output volume control and microphone muting. The box then leads to a USB jack to plug into your PS3 and RCA white/red bypass cables to plug into your TV’s output source. Don’t worry, you plug them in and they’re Y connectors so you can plug in anything over them with no problems and control headphone and normal output volume, say to a stereo, totally independent of one another.

Here are my overall impressions of the headset in action. 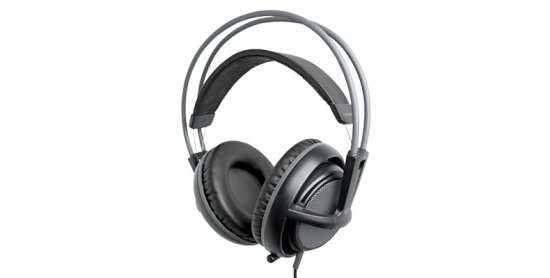 + Functionality. These are stereo headphones to use with your PS3 that have independent volume control from your TV and a microphone to use with multiplayer. Want to play games with your TV’s volume completely off? Done. Prefer to blast explosions directly into your ears but keep things at a moderate volume for everyone else? Equally possible. Whatever sound configuration you’re looking for, these will do it and they will do it well.

+ Generous cord length. I was a little worried that, being corded, I woudl be restricted on where I could sit while using these headphones. Nope. Turns out I have never even come close to using the full length of this cord. I don’t have a huge apartment, but I could literally stand in the kitchen and still play PS3 on my living room TV with no concern for cable length.

+ The 3D audio immersion is great. Part of the equation is the software you’re using, but part of it is how well that is represented on your hardware. In this case, I can close my eyes while playing Mass Effect 3’s multiplayer and know exactly where to find my enemies. In fact, even when I don’t have much concern for how loud my gaming can be, I prefer to use these headphones for games like ME3 where directional orientation is important simply because they do such a good job of making that happen.

+ The overall sound quality is excellent, just like the Diablo III V2. Crunchy, thick, deep, and clear are all appropriate adjectives here. There’s something really special about wearing these and hearing your first dragon’s roar in Skyrim like it’s happening right next to you. 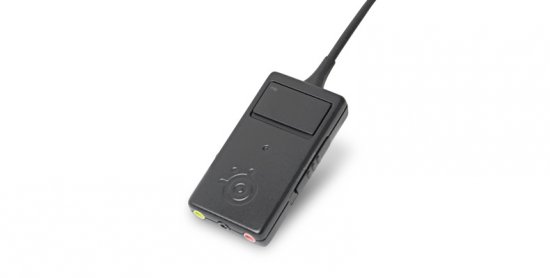 – They aren’t wireless. I mean, I know I said the cable length is plenty long enough, and it is, but that doesn’t mean they might not be better if they were wireless. That being said, I guess it does mean you never have to worry about batteries, accidentally connecting with other devices, or sound lag. It feels like a mixed blessing to me.

– They aren’t quite as comfortable as the 7H Fnatic. Maybe it’s the leather compared to the magical 7H cloth or maybe it’s the self-adjusting one-size fit instead of the swivel-and-click, but they’re not quite there. They aren’t uncomfortable and I don’t really notice much in marathon sessions besides hot ears, but they’re not as strikingly pleasant as the other SteelSeries headphones I was reviewing simultaneously.

If you’re looking for corded stereo headphones to use with your PS3 (or Xbox 360) that will give you great flexibility over what sound goes where, a microphone, 3D audio immersion that tells you exactly where the action is happening, and enough cord length to sit anywhere you’d like, the SteelSeries PS3 Siberia V2 is a win. If you want to mix and match for comfort, you could certainly buy the AudioMixer and, for instance, the 7H Fnatic, separately to get the best experience possible, but for a package deal the PS3 Siberia V2 is a very safe bet.

In addition to writing reviews on DigitalReviews.net, Jake maintains a gaming blog at Aletheia’s Herald.