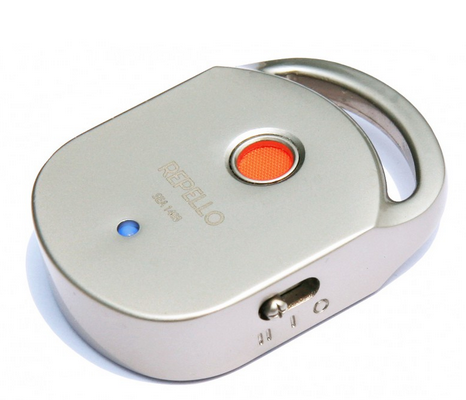 It’s the season to be outdoors again and sitting around barbecues long after the evening sun has set….
And it’s the time that the Aussie mozzies come out to play as well!
Kill the party and flee indoors? Or find a way to get rid of the uninvited guests?

Today we’re having a quick look at the latest entry of electronic mosquito repellents, the aptly named REPELLO from Pestrol.
Do these devices really work and how do you know?

The REPELLO is meant to create a protective bubble around your person to keep the mozzies at bay. As you can see from the picture it’s a small device but extremely well built and quite heavy for its size. It is just 11 mm thin and weighs 52 g. It can easily be worn on a keyring or fastened onto a piece of clothing.

When you switch it on a blue LED lights up and you can hear a barely audible sound, not unlike that of a police siren in the far distance. Yes, that would scare me away too!
There are two levels of intensity: at the lowest setting you have to strain to hear anything and at the highest setting you can only hear it when it is close to your head. The rechargeable battery is good for about 30 hours which in practice probably means that you can go for a fortnight without having to recharge it again for half an hour.

How Does It Work?

Oscillating sounds and ultrasonic waves is something that a lot of pesky animals can’t stand. We see this technology frequently used in a lot of pest control devices. Rats and mice don’t like it either and Pestrol has built a whole business around this technology. We will be reviewing a new model of the Pestrol Rodent Free shortly as well.

To be fair to the REPELLO, it doesn’t claim to be 100% foolproof, or mozzie proof for that matter. On the package it says that mosquito bites will go down by 70%. That’s hard to validate in any review so all we can do is tell you about our subjective experiences over a few nights.

My wife is an avid gardener and she loves to make use of the last bit of sunshine and works into the dusk to finish the job. She is not only attractive to me but apparently also to the buzzing brigade of mosquitoes!
It must be her blood even though Type A seems to be less attractive to mozzies then Type O….

There are so many variables in our attractiveness to bloodsuckers of the winged variety, like what type of clothing you wear, carbon dioxide in your breath and whether you’ve been drinking alcohol that it is hard to figure out what is the best type of protection. And believe me, people have been trying out all sorts of remedies and potions and lotions to guard against these attacks. Including some very effective applications of DEET but where the cure is probably worse than the problem! 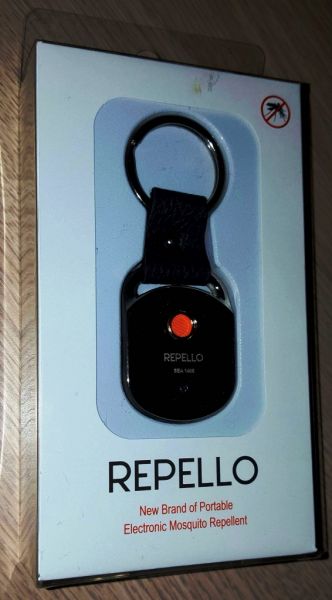 So how did we go?

The first evening she stayed out in the ever increasing darkness for about two hours wearing the REPELLO in a pocket. She said she had two mosquito bites before she started wearing the device and none after that. On the subsequent nights there was only one mosquito bite on her ankle and that was probably also due to the fact that she was wearing it inside her pants pocket, which probably reduces the effectiveness.

We always have to remember with these repelling gadgets that absence of the pests is not necessarily an indication that the device is effective. There may not be any pests around or we don’t see them. It’s a different matter where you have an infestation of pesky creatures and they all scamper away after you’ve switched the device on.

Any protection is better than none and we think that the REPELLO is reasonably effective and quite affordable at just under 50 bucks. It doesn’t smell like some of the potions and lotions, and doesn’t cost any money to run. It is easy to grab and wear, harmless, well-built and looks good.

Our recommendation is that you give it a try and let us know how you fare.

You can find the link to the REPELLO site here.