ASUSTOR Latest NAS for Home and Office Use: the 4 Bay AS6204T with Remote Control

While all the NAS reviews that we have done over the years have mainly been about the big boys of network attached storage systems, it is pleasing to see that ASUSTOR as a relative newcomer is pulling out all stops to play in the big league.

Today we are checking out the Intel Braswell equipped 4 Bay AS6204T which, given the excellent specs, would perform well in any SOHO situation. That means great for small office use and perfect for a home office.

Let’s get the nitty-gritty out of the way first.

I haven’t seen any real fancy looking NAS units in all my years so this too is just a plain black box. That doesn’t mean it looks ugly but is just very “functional”, meaning that form follows function and a box is the easiest and best way to construct a place for all the disks, fan and ports….

Speaking of which: we have room for four discs in this hot swappable design, an LCD screen that features the lame slogan “Enjoy Your Life”, four buttons, a bunch of LEDs and a USB 3.0 or port on the front.

At the back we have two more USB 3.0 ports, and another two of the USB 2.0 variety, a couple of ethernet and eSATA ports plus HDMI and a S/PDIF Court. 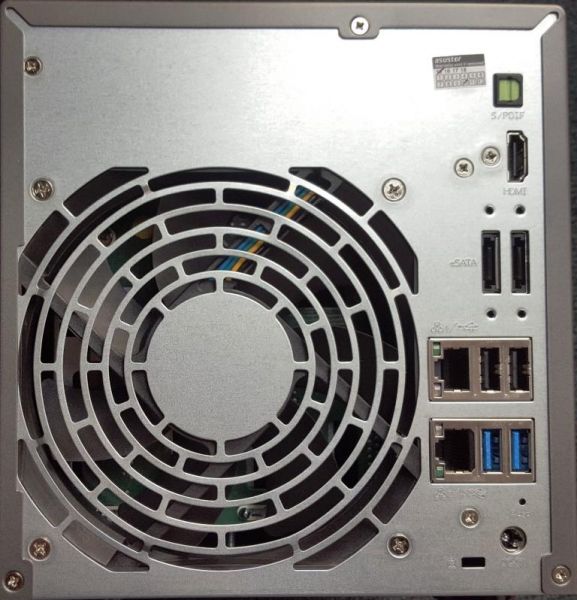 So what is the big deal about the Intel Braswell chips, you may ask?

The AS61 an AS62 are indeed the first NAS units in the world with these chips, which means that these Celeron N3050 and N3150 chips will give you a performance of 224MB/s Read and 215 MB/s Write. Mind you, that is top speed but it gives you at least an indication that they are pretty fast. This is also because they have dual channels for memory.

This unit is enough of a powerhouse to pump out 4K cinema quality resolutions coupled with the HDMI 1.4b for delivery to a suitable monitor.

All of that hardware is great but the soul of the machine is what makes it sing and dance. We have a new ADM 2.5 operating system based on Linux 4.X kernel and some interesting apps to make it very user-friendly. Some of the latest features are new instantaneous snapshots which do not pose any impact on the system loading. There is also a fast internal backup through the SATA’s 6Gbps speed. MS OneDrive is fully integrated so that each ADM user can log into his own OneDrive account with multiple transfer directions. 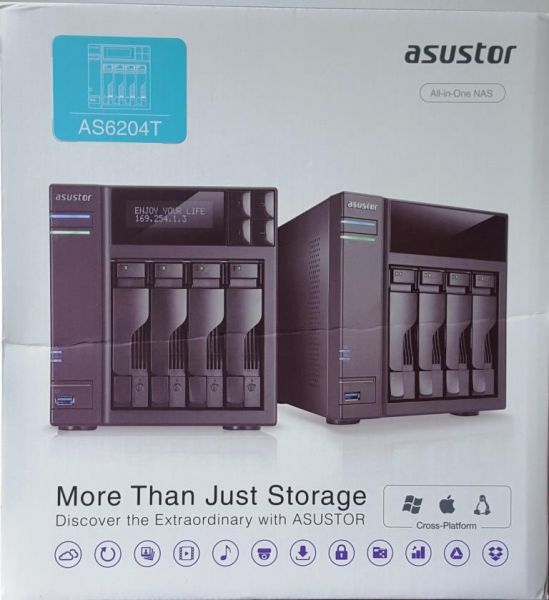 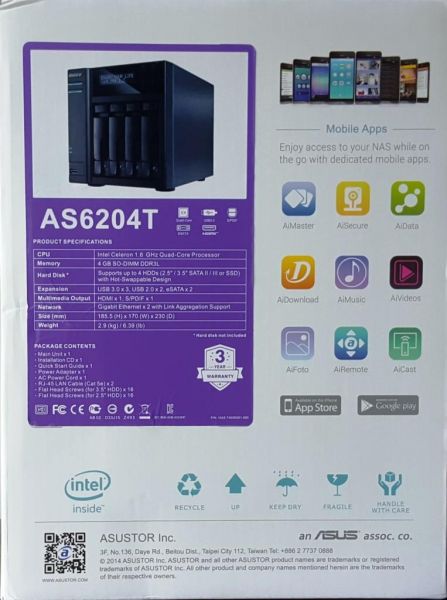 As stated before, we don’t always do a lot of testing to see if we can get close to the claimed maximum performance speeds.

There is no point to it and we’re not equipped to eke out the last possible bit using all sorts of performance benchmarks. It’s a bit of a hangover from the early days when speed was king. Usability is what it is all about, ease of use, plenty of apps and decent price/speed performance.

Having said that, some of our reviewers still go to town in running extended tests, which is fine but we will never approximate the top speeds that are achieved in lab situations in the manufacturing plant. It is only an indication of its speeds and a bit of a comparison to other NAS units of the same manufacturer or others.

This whole speed obsession reminds me of the days when I used to fly aircraft for a living. We never fly at top speeds, it ruins the engine and uses far more fuel which reduces the range and your profits. Besides, all the book figures come from test pilots flying new aircraft with new engines in ideal situations. We as users are just interested in getting to destinations safely and reasonably fast.

It’s exactly the same with all the modern technology that we surround ourselves with. Remember the days not so long ago when we did benchmarks on all the mobile phones that came out? Same story. Reliability and ease-of-use and a reasonable price is all what counts. 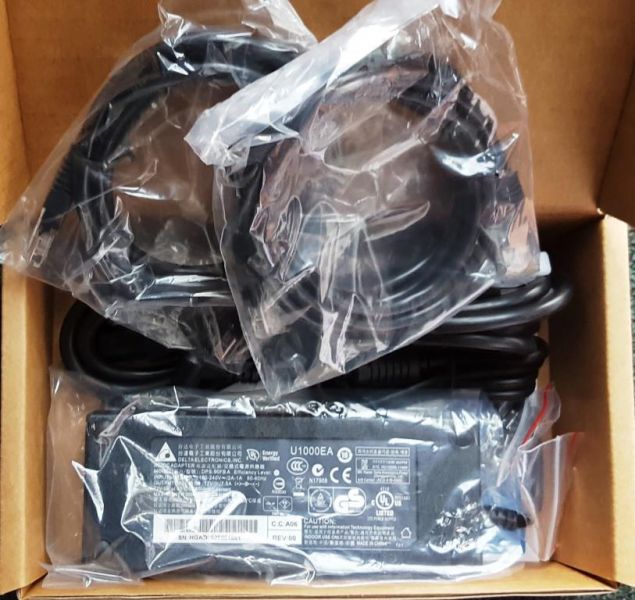 So in summary the ASUSTOR AS6204T which is priced at around $1000 mark in Australian currency has a good price/performance.

It is ideally suited for the home environment especially with the inclusion of the optional remote control (which is a first in any of the NAS units that we have reviewed). At the same time if you run a small to medium business this particular model would be ideally suited for most if not all of your needs.